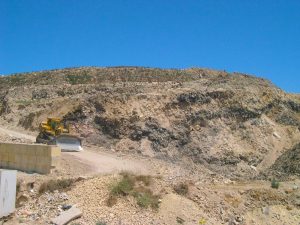 Għallis, the last remaining engineered landfill in Malta is now within a matter of months, not years, of reaching its capacity; there will be nowhere to dump our municipal waste. This does not come as a surprise – Friends of the Earth Malta has been warning that landfills are ultimately a temporary solution to the chronic problem of waste production.1

As a result of this impending closure of Għallis, the government intends to implement a waste-to-energy scheme, in which domestic waste will be used to produce energy. This follows a universal trend: the incineration industry has jumped on the “green” bandwagon, marketing incineration and thermal conversion as environmentally friendly, and going as far as labelling it as renewable energy.

Utilising waste-to-energy devices is an improvement on dumping waste in engineered landfills especially when considering Malta’s size and the current construction spree which is destroying nature and open spaces at an alarming rate. It is also better than dumping our waste on third countries, which comes at a prohibitive cost to taxpayers and reduces our collective sense of responsibility.

FoE Malta had been sounding the alarm bells that if waste reduction is not taken seriously Malta will end up in a position to have to take unpalatable decisions about its waste management strategy2. We have now come to that stage where Eurostat data from 2015 puts Malta as the 5th largest generator of waste per capita, with more than 600 kg of waste generated per person annually, compared to an EU average of 477 kg. In addition, Malta was the country with the lowest recycling/composting figures, with nearly 90% of waste being landfilled.

Although the inevitable is now bound to happen, FoE Malta through its involvement on the Waste Committee was adamant that if a waste-to-energy plant is eventually constructed, it should be of the smallest possible size to cater for waste generated beyond our EU recycling targets. FoE Malta still fears that if this scheme is implemented in Malta, it could potentially encourage excessive waste generation amongst a population that is already predisposed to it. As the waste-to-energy plant being planned has thankfully been designed with these targets in mind, one needs to understand that serious efforts from all sectors of society are needed to increase our recycling rates drastically and reduce overall waste generation. This plant will not accommodate any laissez-faire attitudes.

We are asking government to take strong, properly-enforced measures. 1. The rapid introduction of the promised deposit/return scheme for plastic bottles which is an effective tool to ensure that this resource is recycled and not wasted. 2. Collection of separated organic waste from households, food outlets and supermarkets. 3. Schemes to cut down on waste generation particularly of single-use plastic.

These schemes should be implemented with awareness-raising on reduction of waste to reinforce moves towards a zero-waste situation. Ultimately, the resources on this planet are limited. Paper, plastics, metals and alloys, cannot continue being produced (or recycled) indefinitely. Reducing the use of materials and resources is crucial to ensure a sustainable use of our Planet’s limited resources.

Friends of the Earth Malta is also doing its part through actions and educational campaigns such as a plastic free Month in October and a Zero Waste Camp later on this month3.