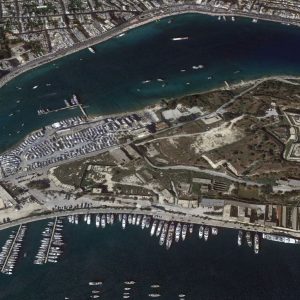 Friends of the Earth Malta has been calling for environmental improvements since 1985 and, thirty years on we face much greater problems than we did then. While environmental awareness has increased, Malta faces a variety of environmental problems related to land use, waste, transport, agriculture, energy, the sea, and biodiversity.

Malta has lost far too much countryside and coastal areas to building that was, and is, unnecessary and unsustainable. Friends of the Earth Malta will not take government’s commitment to the environment seriously unless targets are set for sustainable water, land, energy use and pollution is reduced.

Friends of the Earth Malta intends to be at the vanguard of environmental and biodiversity protection as it has in the past. In view of the severe environmental threats facing the Maltese Islands, FoE Malta is making the following proposals to be taken up by the political parties:

1 Constitutionally entrenched protection of the environment – All citizens to be given right of action to sue Government for implementation and enforcement of laws/actions to protect environment and air quality. This right is to be entrenched in Constitution.

2.  ODZ or Public Domain Sites to be designated as no-building/no commerce zones in the Constitution.

3. All ERA/PA Boards and Appeals Bodies to have 50 % members appointed by NGOs. Increase NGO appointee representation on ERA/PA Boards.

6. Introduce initiatives incentivising NGOs which work in environmental advocacy and protection of biodiversity.

7. A pollinator strategy for the Maltese Islands

8. A vision for a fossil fuel-free Malta must be drawn up and researched, and plans for a fossil-fuel free Malta put in place. Climate Change adaptation strategy should be put in place, given inevitable climate change effects in the coming decades even if all emissions were to stop tomorrow.

We all need nature and a healthy living environment in our lives, it gives us freedom and helps us live healthily; yet deprived communities are routinely cut off from nature in their surroundings and it’s suffocating for our well-being as a nation.