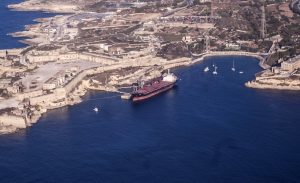 The authorities handling of the dumping of oil from the ‘Kronviken’ leaves much to be desired, Friends of the Earth Malta said today.

Unknown to most of the public and certainly to the NGOs ships arriving in Malta have been dumping their sludge oil at Maghtab.

This is an unacceptable situation and the government should ensure that such oil is not mixed with other waste haphazardly as has been the case in the past decades. The authorities should investigate possibilities of re-using such oil and treating the remains separately.

Friends of the Earth calls on the authorities to make public the permits issued for the dumping of oil at Maghtab and the action taken to monitor such dumping. If dumping was uncontrolled as would seem to be the case, the public expects explanations and those responsible should be held accountable. Anything less would be a disservice the Maltese public