What the Common Agricultural Policy means for citizens of Europe 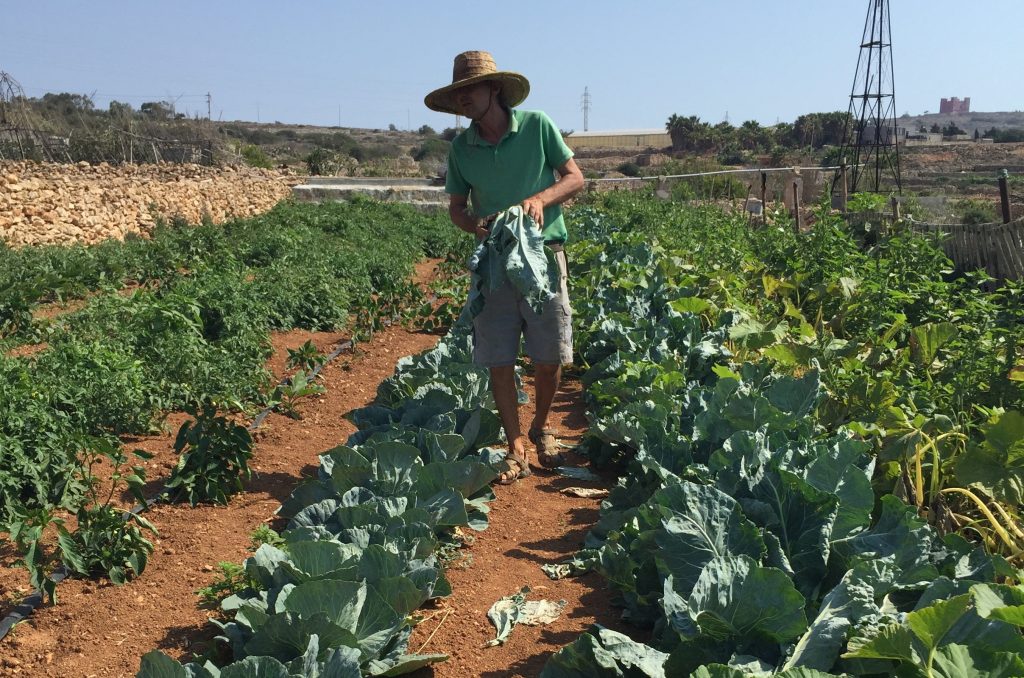 The Common Agricultural Policy (CAP), the EU’s agricultural policy, is a behemoth of rules and regulations. It is one of the bloc’s largest (and oldest) policies, taking up to 41% of the EU’s budget in 2016. This may sound distant and technical, but it is the policy that not only determines what is on European citizens’ plates but is also one of the major drivers of change on European landscapes, rural life, nature and biodiversity.

Over the past 50 years it has evolved to meet various challenges. With the Commission’s proposals for the future of the policy released on 1st June, the policy now lies at a crossroads.

Being a policy formed a mere 12 years after World War 2, the original aim of the CAP was to ensure that food shortages were consigned to history. This meant market support to ensure certain levels of production. Eventually this resulted in production surpluses and through a succession of reforms, the CAP shifted from market support to supporting farmers and decoupling this support from how much farmers produce. The final evolution included ‘greening’ measures and aimed to ensure that farmers are seen as providers of services to European citizens by protecting tradition and rural landscapes and safeguarding biodiversity.

The movement from ensuring certain levels of productivity to looking at farmers as ‘service-providers’ has meant a shift in budgets and goals. The CAP is now seen as a policy that aims to not only provide food on people’s plates but also provide services that embody European values regarding landscape, nature, rural life and biodiversity. While the the main goal still remains to support farmers, and provide jobs and innovation in rural areas, there are also many policy goals geared towards consumers.

For consumers, this trend has meant that the current CAP promises to make efforts on food safety and health, animal welfare, environment and prices.

The  CAP also promotes food quality and diversity. Under the CAP, 750 traditional local foods are protected along with thousands of wines and spirits. This ensures that Europe is protected from the market being overrun by unhealthy and bland industrial processed foods, while also protecting regional European traditions. Further initiatives have also ensured that CAP also pushes for high food quality standards and leads on organic foods. With the release of the EU pollinators initiative along with the proposals for the CAP, there is a great potential for synergies to help Europe’s pollinators which are in serious decline despite that our food system depends on them. Despite all this, the CAP does not address some of the more serious environmental and social issues that agriculture causes, namely land grabbing, greenhouse gas emissions from the livestock sector and health concerns surrounding the over-consumption of meat.

The future of CAP

The proposals made on June 1st that will determine the direction of the CAP beyond 2020  continue in the same ‘greening’ direction. The trend in budget changes have reflected this by always reducing for market and product support while at the same time increasing income support and Rural Development subsidies. The overall CAP budget is set to decrease to 28.5% of the total EU budget reflecting an overall move towards a more performance-based approach as opposed to strict compliance to rules. The focus of the CAP budget will still be towards direct payments to farmers, however they will also be made fairer by ensuring that direct payments are similar across the EU Member States by bringing the extremes closer to the EU average. The distribution is expected to benefit smaller farms more, though the definition of what constitutes a small farm will depend on the Member States.

In its communication ‘Future of Food and Farming’, published last year, the Commission promised a new approach to the CAP in attempt to streamline and simplify the process based on performing against clear objectives and targets. The proposals continue on this approach and propose 9 objectives. 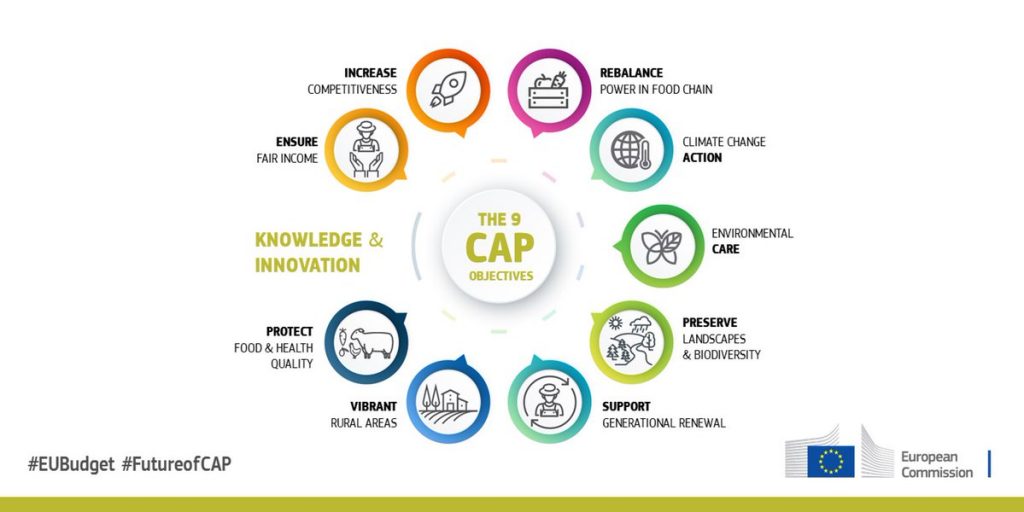 The 9 objectives of the future CAP are:

The diversity and balance of the objectives should be commended, especially those of making sure that farmers’ position is improved within the value chain and ensuring healthy and sustainable food (which also includes animal welfare). However doubts remain how these objectives may be achieved and this mostly relates to the Commission’s process of ‘simplification’ of the CAP.

The objectives give more flexibility to Member States to set their own, more specific targets and measures within an EU framework. This openness and adaptability could give Member State the chances to create programmes that truly benefit the climate and the environment and could avoid some Member States curbing their ambition for fear of breaking EU rules, which could prove costly.

However, letting Member States create their own strategies raises the question of how to ensure progress is made and how to avoid a ‘race to the bottom’ where Member States only aim for the lowest level of ambition for the sake of compliance. Furthermore, the goals and guidelines provided by the Commission are very general and will require a very effective form of data gathering, analysis and measurement to secure promised progress.

This project is co-financed by the Ministry for Social Dialogue, Consumer Affairs, and Civil Liberties.