ĊINE’AMBJENT #9 — Waste and the Circular Economy

The Friends of the Earth Malta Environmental Film Club is centred around thematic documentary and film screenings linked to current environmental justice issues. For the ĊINE’AMBJENT #9 session we will be looking at Waste and the Circular Economy.

Join on Friday 19th of April at the Friends of the Earth Malta GRC in Floriana to discuss Waste and the Circular Economy. Doors open at 18:00 for drinks, the screening of will start at 18:30 sharp and will be followed by a panel discussion (scroll down for more info). 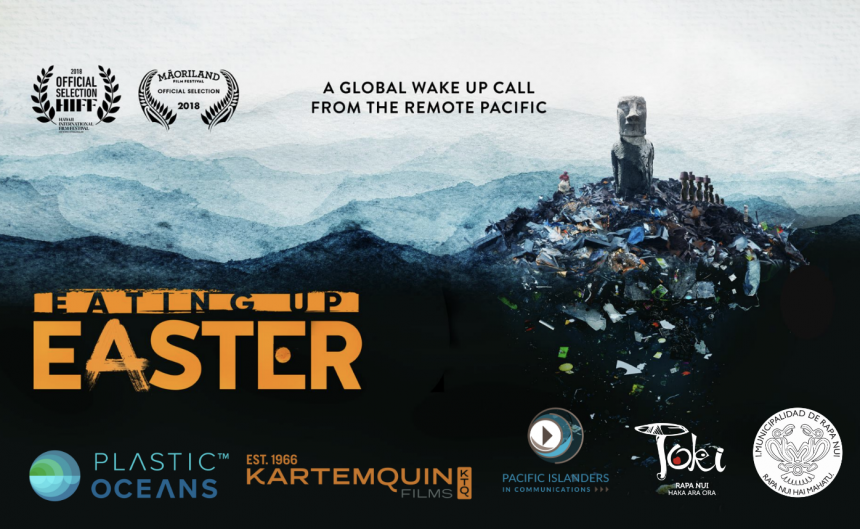 The iconic statues and sensationalized “mysteries” of Easter Island (Rapa Nui) have drawn the interest of the world for centuries, attracting curious visitors to its shores. Today, this tiny, barren island is experiencing an economic boon as tourism skyrockets. Yet the indigenous culture and the island’s fragile environment are suffering. EATING UP EASTER, directed by native Rapanui filmmaker Sergio Mata’u Rapu, explores the dilemma his people are facing. Crafted as a story passed down to his newborn son, Sergio intertwines the authentic history of the island with the stories of four islanders. In their own voices, these Rapanui reveal the reality of modern life and the actions they are taking to preserve their culture and environment amidst rapid development.  EATING UP EASTER reveals and suggests ways forward in tackling the universal complexities of balancing growth and sustainability faced by local communities worldwide.

The film screening will be followed with a panel discussion. Joining us on the day will be:

Marie is a resident academic at the University of Malta (Department of Economics), lecturing in Environmental Economics, Behavioural Economics and Social Marketing. She holds a PhD in Economics (Stirling), a MSc in Environmental and Resource Economics (London, Distinction), and a BA Honours in Economics (Malta, 1st Class). Her main research interests include market failure and the economics of altruistic behaviour, voluntary environmental cooperation, wellbeing and cultural participation, on which topics she has published extensively.Marie is currently the University of Malta’s Principal Investigator on a number of research projects including the R2pi project on the Circular Economy (funded by Horizon 2020), and in various collaborative research projects with public sector organisations. She also represents the Department of Economics on FEMA’s Doctoral Committee and Research Committee. She sits on the University of Malta’s Research Ethics Committee and the Committee for Sustainability.

Stephan Micallef — Directorate For The Environment and Climate Change, MESDC

Godfrey Baldacchino is Professor of Sociology at the University of Malta and its Pro Rector for International Development & Quality Assurance since 2016. His expertise includes island studies and sub-national jurisdictions (like Isla de Pascua / Rapanui / Easter Island).

Żibel is an environmental NGO that focuses on clean ups in Malta.

The screening is free but places are limited. Submit in the form below to reserve your seat.

The film club will follow with the following thematic screenings:

The film club is co-curated between Friends of the Earth Malta, Kinemastik, and the presenters of each session.

If you are interested in presenting one of the sessions, assisting in the curation or the organisation of the film club, get in touch with Anastasia on anastasia@foemalta.org.