Interview with Jeanette Borg from Malta Youth in Agriculture Foundation

The challenges faced by young farmers in Malta transcends the physical labour and hardship their work brings. Their very livelihoods are threatened by development, new roads, competition from imported goods… The list goes on. Jeanette Borg and her colleagues at the NGO, Malta Youth in Agriculture Foundation (MaYA), aim to support young farmers by creating a network of like-minded people who are willing to share from their experiences. 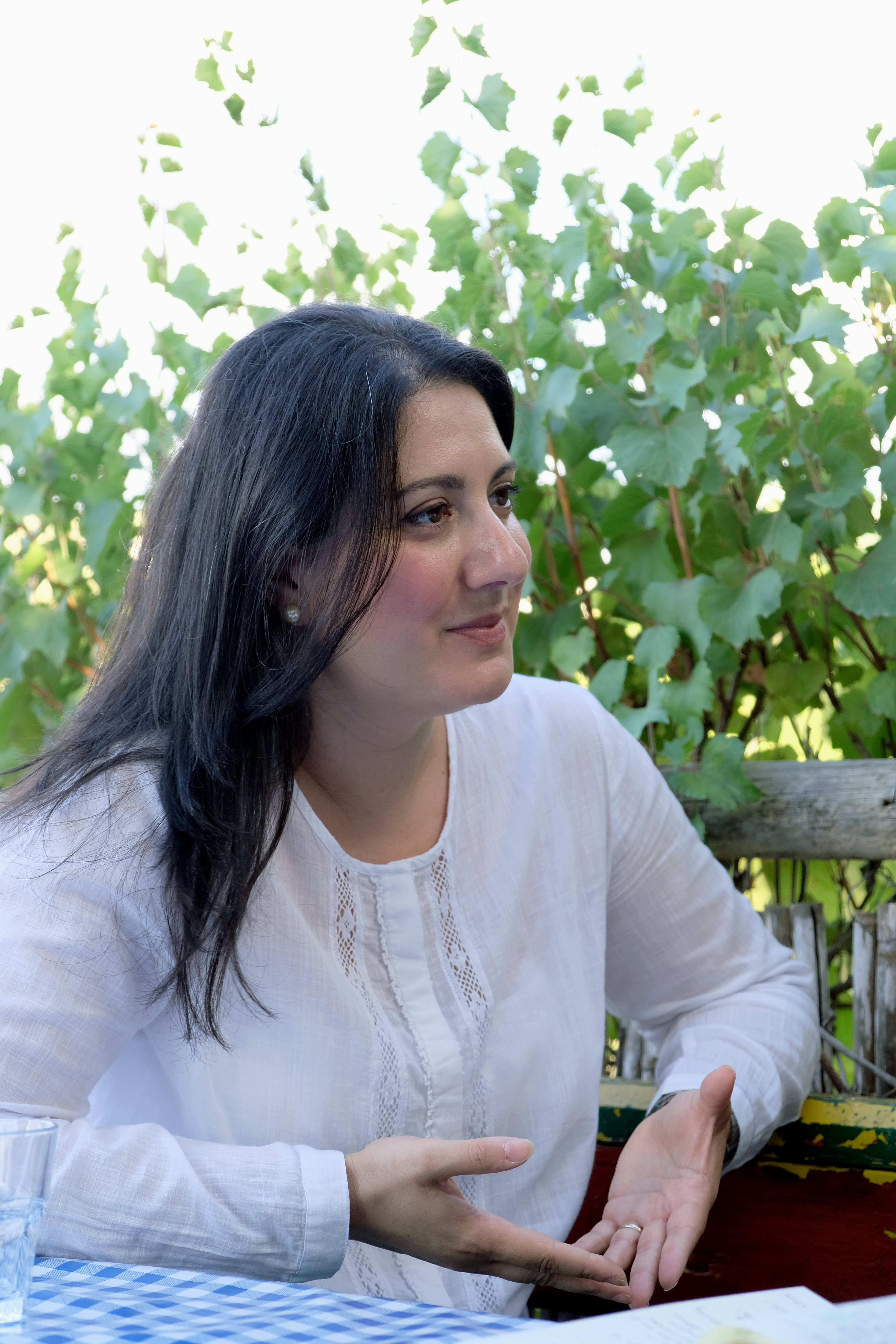 I met Jeanette at Tan-Nixxiegħa an olive grove in Bingemma, adjacent to the Victoria Lines. The family managing the farm are part of the, Merill Rural Network, which she founded and is now managed by her husband, Christian Borg. Merill offers visitors the opportunity to try local produce and meet the very producers who make it. Tan-Nixxiegħa is a space which almost makes one forget that they are in Malta. Images of tower cranes and our cubist townscapes are replaced by the wonderful olive trees which occupy the space, intelligently interwoven with other native trees and plants aimed to promote a healthy biodiversity on the farm. The farm is also home to a few bee hives. You are spoiled with views of uninterrupted countryside.

Jeanette’s interest in agriculture and husbandry long predates her entry into business or MaYA. She tells me, ‘plants were always something I loved.’ She decided to pursue her studies in this area explaining that ‘at the age of 15 I went to the College of Agriculture… at the time MCAST didn’t exist.’ She explains her passion for the field telling me, ‘agriculture is something that brought me closer to things that are alive. You can watch your produce grow and interact with people who are bringing about positive change.’ Highlighting that although intensive practices, which MaYA does not support, have cast a shadow over the agroindustry, ‘agriculture is something positive.’ With a keen interest in learning more she has continued on her higher education, currently reading for a Masters at the University of Malta, she admits, ‘you never know enough.’

MaYA started in 2012, Jeanette explains ‘I was working at Merill on a full-time basis but I still had close contact with my former students at MCAST. They expressed that they were missing something.’ The close network of friends, who shared their same passion, was lost as they set out into the real world. She had former students questioning ‘who will be fighting for our rights?’  Together with Karl Scerri and John Gauci, both young farmers in their own right, they founded MaYA.

Their primary aim was clear ‘to get young people working in agriculture on the map.’ Not simply farmers but also the youths who were in services related to the industry such as selling local products. Since 2012 Jeanette, together with MaYA, have uncovered numerous young farmers across the island. She firmly believes that there are far more youths in the industry than official statistics show, particularly if you include ‘young people who work in their family farms and young people who do it as a hobby.’ The NGO has evolved since its inception, she tells me ‘we work in tandem with local authorities’, allowing farmers to seek advice on technical issues.

Our conversation turns to the struggles faced by the youths she represents. She says, ‘it worries us that some farmers from the older generation try to keep their children or grandchildren away.’ This is for fear that they won’t be able to adequately sustain themselves.  Jeanette knows that young farmers are actually at an advantage, they have harnessed the power of the internet where they have a direct connection to the consumer. Today ‘farmers can sell directly, connecting with the catering industry, getting to know their clients, we’ve seen a wave of farms who have set up Facebook pages.’ Which are all positives. The internet also serves as an accessible learning tool to get creative and try new things. For the older generation, ‘it is a question of changing the mentality’ and ultimately placing more faith in youths to continue their trade. 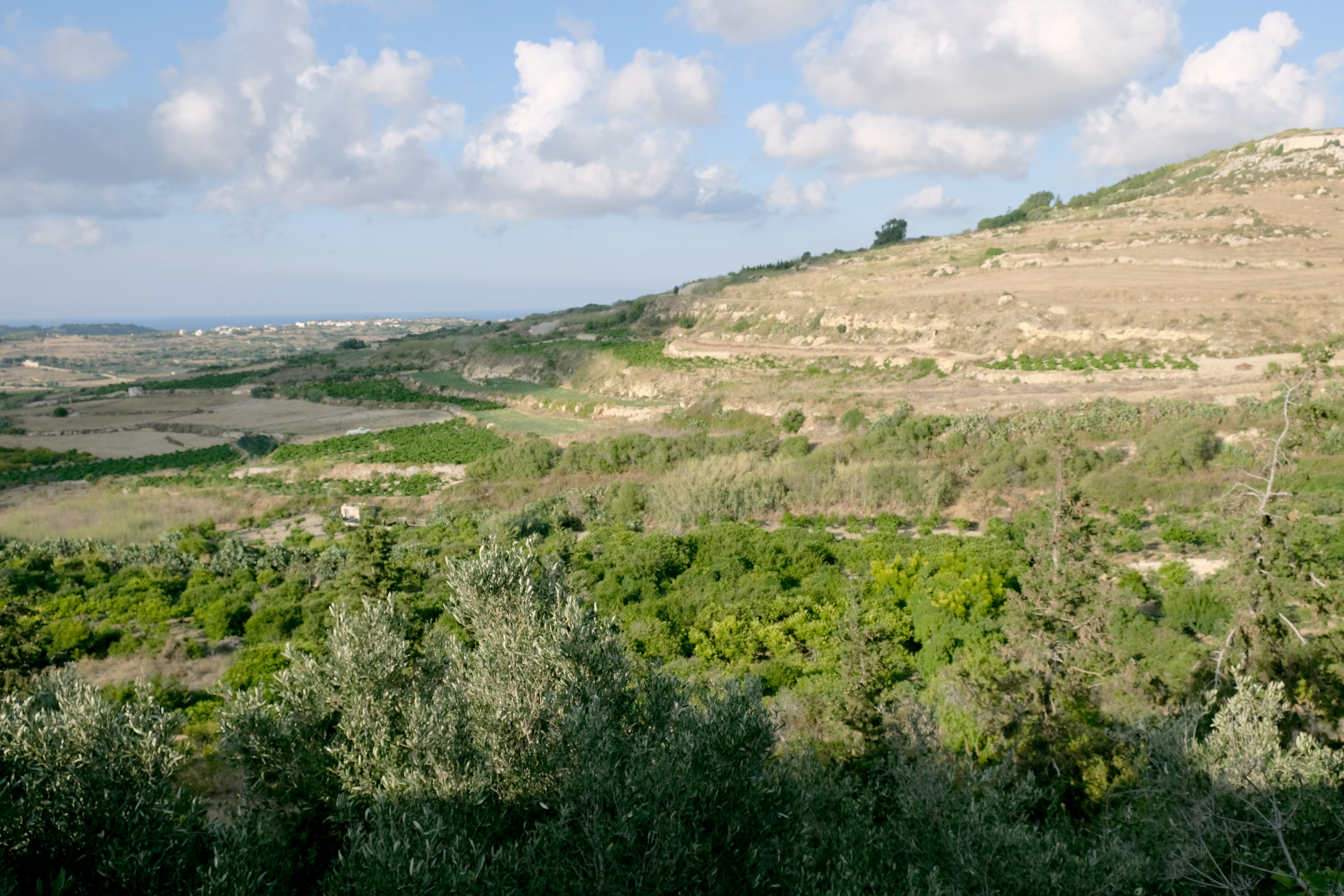 The rise of the internet has also given the opportunity to farmers to defend their product against misinformation. Jeanette says that she has seen farmers stand up for themselves, writing things like ‘Hey! Do you know how many regulations we have to observe? Do you know how we manage to control pests without using pesticides? How costly they are?’

In 2017 a Times of Malta published an article titled Malta’s fruit and veg tops EU pesticide tests. In a fast-paced culture where people read no more than a headline these eight words had damaging effects on the local agroindustry. According to Jeanette, who says ‘we spent nights analysing the [original] study’, ‘newspapers were putting out information in a way to attract more readers.’ More recently the Times of Malta published a headline which read Overuse of pesticides ‘less alarming than thought’. The damage, however, was done. Jeanette points out ‘when someone sows the seed of doubt it is very dangerous.’ She does not place blame on consumers for being weary and believes that the conversation started by famers online ‘was vital for the agroindustry to survive [in Malta.]’

The near inescapable threat from development and new infrastructure is one that is constantly on a farmer’s mind. At the time of the interview the outcome of the central link project was not finalised but when asked about the possible impact Jeanette did not mince words. She says, ‘we need infrastructure but on the other hand its is gobbling up our land.’ The project, which was appealed by NGOs, could take up close to 50,000 sqm of arable land and essentially kick out 47 farmers, some of them youths.

Through her conversation with farmers she has also seen the affect private development has on their practice. ‘Farmers tell us that they get knocks on their doors with offers to sell their land to be built.’ She does not blame the farmer for selling their land but points out ‘we are prioritising the economy and not giving enough value to agriculture.’ 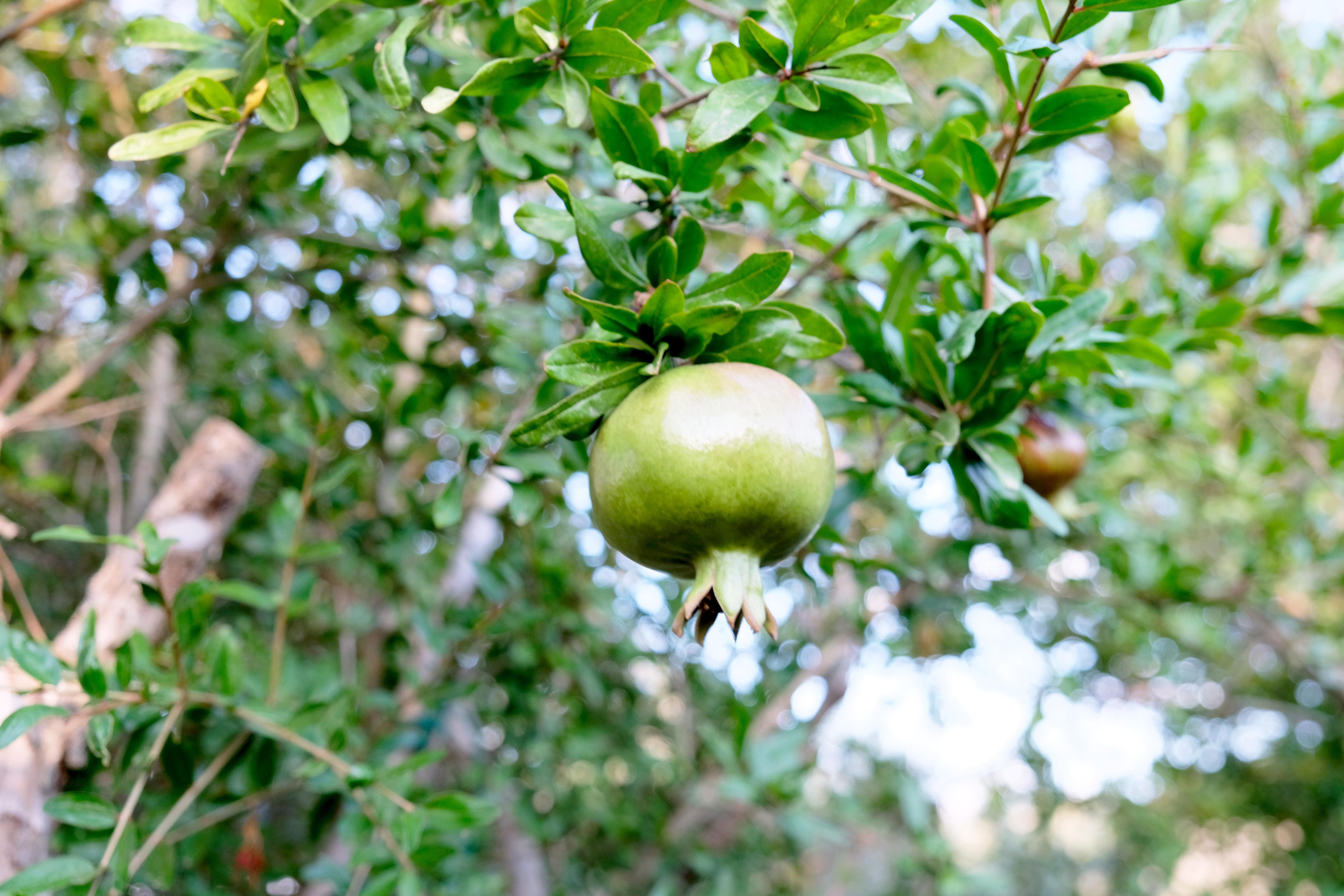 Jeanette also points out the arduous processes involved in getting support from the authorities. ‘Farmers often have to get the go ahead from several departments, through long and intensive applications which they don’t have time for… certain departments are not working closely enough to the farmers or they don’t have enough human resources to adequately meet their demands.’ For your average farmer, who may not have a support network of their own, ‘that is exhausting.’

She believes that elected officials ‘have a huge responsibility.’ Calling for ‘more passion, more understanding and more acknowledgment of the issues.’ Acknowledgement which leads to actual action.

To the young farmer she acknowledges that ‘farming isn’t easy, it’s risky.’ But points out that from her own experience ‘there is a demand for local produce and there are channels that we can exploit.’ Ultimately a message of encouragement emphasising that MaYA serves as a support system.

You can learn more about the NGO Malta Youth in Agriculture by following their Facebook page. To find out more about Merill Rural Network you can visit their website: www.merill.com.mt.

The article was written by Maria Eileen Fsadni based on an interview that she conducted with Jeanette Borg. Photography by the Emma Fsadni. 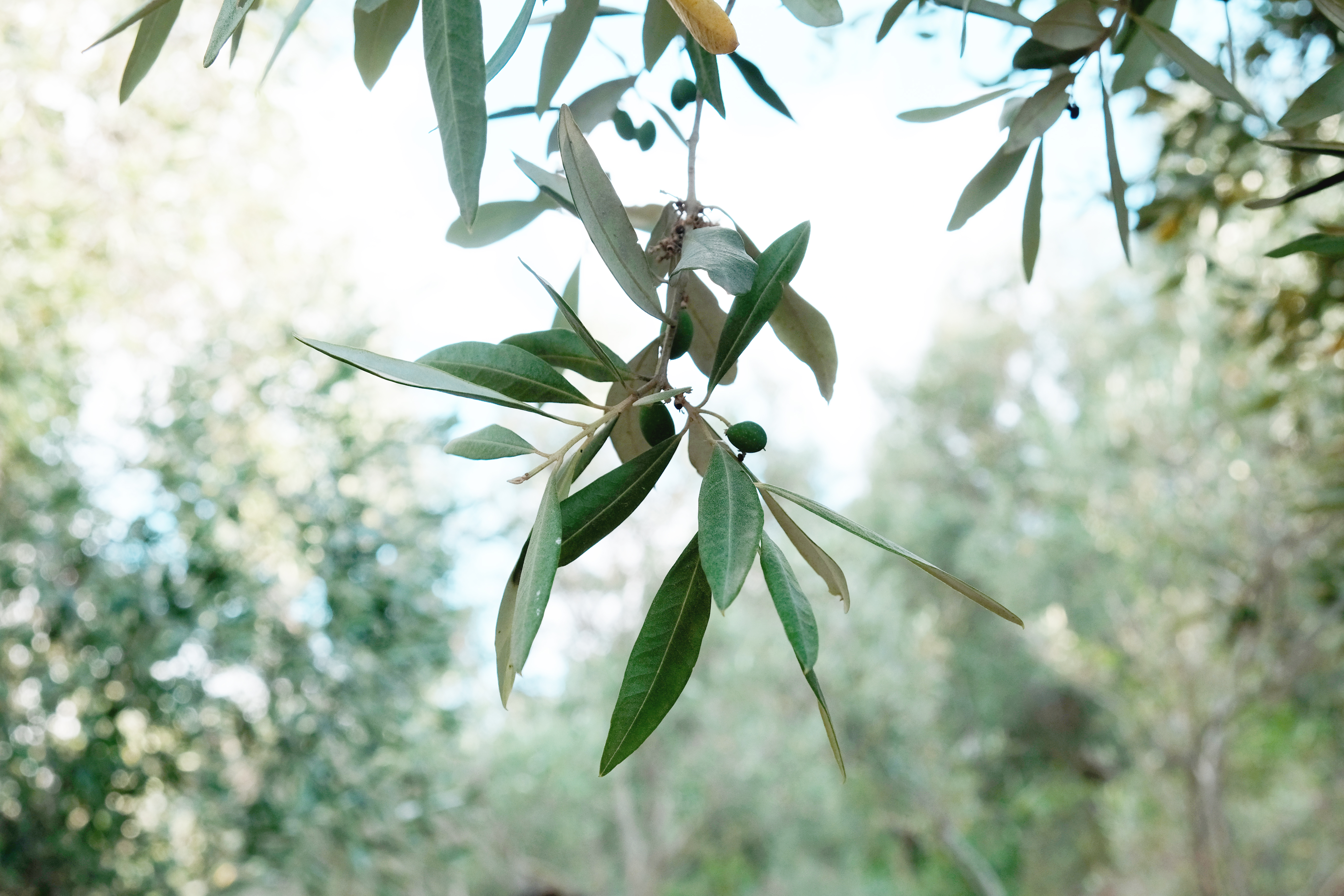