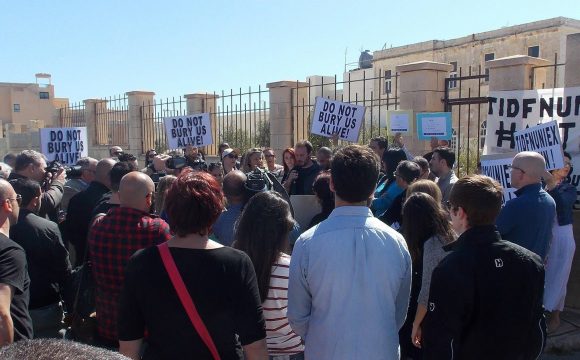 Today, residents, local councils and NGOs have come together to express their concerns at the project proposed by the db Group on the ITS site. After having carefully read the developer’s description and the Environment Impact Assessment prepared as part of the full development application process, and after having consulted with residents in a very well-attended public meeting, it is clear to us that its effects on residents and the environment would be devastating.

If this project is approved, it will effectively bury us alive under the long shadows cast by a gigantic tower and resort hotel, unlimited commercialisation, endless traffic, and hazardous dust. We are demanding that the ITS site, which up to a few months ago was public land used for the public good, is not transformed into a monstrosity that will wreck our quality of life.

The main points of concern are:

• The massive scale of the project – a 37-storey residential tower and a 19-storey resort hotel of 455 rooms – will bring intense unplanned activity to the area, both during the construction phases, as well as the operational ones. The existing infrastructure is clearly not adequate to sustain this kind of activity, something that can lead to an infrastructural collapse. Other mega projects have already been approved in the same area, and more are being proposed. The Environment Impact Assessment of this project does not take into account the cumulative effect resulting from different developments in the same area.
• According to the Environment Impact Assessment commissioned by the developer, the project will generate about 7,500 car trips daily . It is unthinkable that localities already facing a significant traffic problem will somehow manage to sustain this exponential increase in car trips. This will simply lead to a gridlock.
• A construction period of at least three years is estimated by the developer , during which residents will have to endure something like 50 trips by Heavy Goods Vehicles per working day . 336,085 tonnes of waste will be generated during the demolition and excavation phases of the proposed development . This is equivalent to 22% of all construction waste generated in 2015.
• The developers are proposing to install a batching plant on site, metres away from people’s homes . This concrete-making facility in Pembroke will inevitably have environmental consequences, including the spread of insidious dust particles.
• The project’s shadowing effect will leave a huge impact on the residential area of Pembroke, drastically reducing the amount of sunlight reaching the area throughout the year. In December, the shadow cast by the tower will reach the Reverse Osmosis plant. Another devastating, permanent effect on people’s homes will be created by the shadow of the wide expanse of the resort hotel .
• The Environment Impact Assessment identifies a likely adverse impact on Għar Ħarq Ħammiem, part of which lies under the proposed complex. This is designated as an area of Ecological Importance and a site of Scientific Importance .
• The proposed development will likely have a negative impact on the Marine Natura 2000 Site Żona fil-Baħar fil-Grigal ta’ Malta due to the entry of hazardous particles in the coastal water body, and as a result of the light pollution negatively affecting important breeding grounds on this site .
• The project would significantly change the character of Pembroke by further diluting the boundaries between Pembroke and Paceville, and intensifying commercialisation in St Julian’s. It would also create a domino effect, with an acceleration of further development to cater for the labour force required for the project and the changing nature of activities in the area.

We also fail to understand how this project is being proposed despite the fact that there is no Masterplan in place. A Masterplan was scrapped just weeks after it had been unveiled following a public outcry at the fact that it was designed according to the interests of a handful of developers. It is unconceivable that such massive projects are being proposed in the absence of a Masterplan, since it is currently impossible to understand their real impact and whether they make any sense at all from a planning perspective.

Only a few months ago, Pembroke residents took a clear stand against the proposal for a private school on a large stretch of public, natural land. During this campaign that saw the involvement of residents, the Pembroke Local Council and several NGOs, over 1500 individual objections were submitted to the Planning Authority. The administrative process is still ongoing and we hope that the relevant authorities reject this proposal and start the process to include the area as part of the Natura 2000 site.

The proposed project on the ITS site is thus an additional element in the siege on Pembroke and other localities from forces whose only interest is their private profit. These forces are showing a total disregard for the common good and the basic rights of residents, people working in the area, and those visiting it regularly in order to use the facilities and public open spaces it offers.

We are against the privatisation of public land and in favour of safeguarding the common good. ‘Tidfnuniex Ħajjin’ is a campaign led by residents and NGOs, a completely non-partisan initiative in favour of prioritising residents’ rights and environmental protection over the private profits of the few.

The question in this case is clear and straightforward: Will the Planning Authority choose to protect our basic quality of life or will it accommodate the interests of the wealthy few?