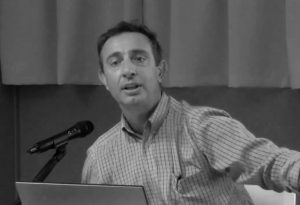 The waste management strategy that the government has adopted could fall short of being a big step forward for Malta, Friends of the Earth (Malta) said today.

Unless certain adjustments are made to the strategy, Malta could find itself moving in the wrong direction and environmental NGOs, such as Friends of the Earth, would withdraw its support for the plans.

On the other hand, with certain adjustments, the strategy could represent the first major environmental improvement in the Maltese Islands in recent memory.

FoE (Malta) welcomes the postponement of a decision on incineration. This represents a victory for the environmental NGOs that had vociferously lobbied against such end-of-pipe solutions.

However, those preparing the strategy should have included biological treatment for mixed household waste to ensure that Malta meets the EU Landfill Directives.

Italian waste expert, Enzo Favoino, who was brought to Malta by FoE last August, had indicated the way forward for successful waste separation and biological treatment.

FoE Malta is also concerned about plans to dump construction and demolition (C& D) waste in the sea. Sustainable development means only using those resources that are necessary. Plans for the recycling of building waste should be adopted as soon as possible, while the volume of C& D waste going to landfill should be reduced drastically.

The reduction of C&D waste should complement plans to achieve sustainability targets for land use in Malta. The Rio +10 conference in Johannesburg takes place in less than one year. At the conference Malta will have to present its sustainability achievements since Rio. Almost nothing has been achieved. Adopting sustainability targets for land use and C& D waste would not only give Malta something to speak about at Johannesburg, but would also constitute a much needed big step in the right direction for Malta’s environment.