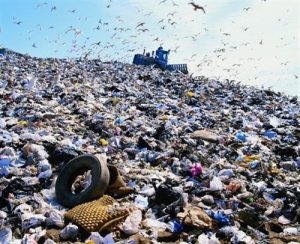 Friends of the Earth (Malta) has noted with concern recent declarations by the Government and the opposition regarding land reclamation. FoE (Malta) strongly recommends that stone be seen as a valuable natural resource of the Maltese Islands. It should therefore be used in a sensible and sustainable manner first prior to resorting to dumping it at sea. On the contrary, land reclamation is an end of pipeline solution that does not tackle the root of the problem. Our country generates considerable amounts of C&D waste as a result of irresponsible wastage at the excavation and processing stage. In fact, based on C&D waste figures given by the Minister earlier this week FoE (Malta) estimates that Malta is generating no less than 1.5 million t. per annum. This is a similar figure to what Malta has been generating over the past decade. Such a status quo scenario is a sign of incompetence in implementing fundamentally sound measures leading to waste reduction. Furthermore, proposals for land reclamation indicate that both the government and the opposition are willing to succumb to pressures by the business community and land speculators at the expense of harm to the marine environment.

FoE (Malta) is asking for an explanation regarding implementation of those measures stipulated in the EU funded Solid Waste Management Strategy for the Maltese Islands (2001), namely B5, C4 and C5. These tasks ought to have identified and introduced incentives for waste reduction. Furthermore, FoE (Malta) is also asking the Environment Minister to give reasons why land reclamation is not included in the Waste Strategy of 2001 particularly when this week he has been reported as saying that land reclamation is a sustainable option. Such announcements regarding plans to build islands are a clear sign of admittance that the relevant authorities have failed to curtail unsustainable practices in resource use within the construction industry.