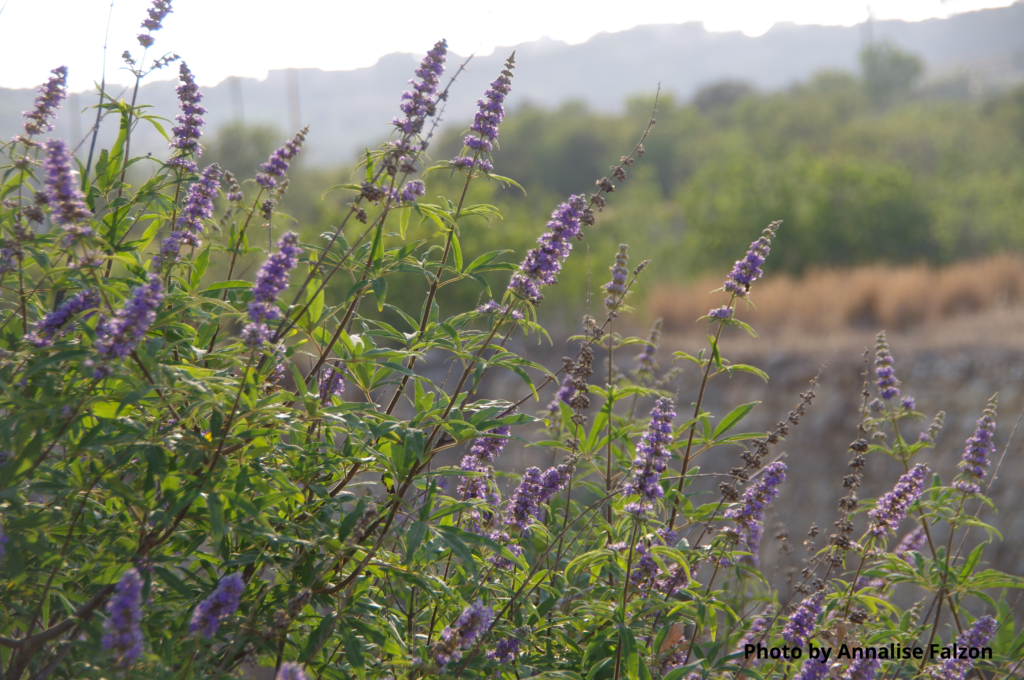 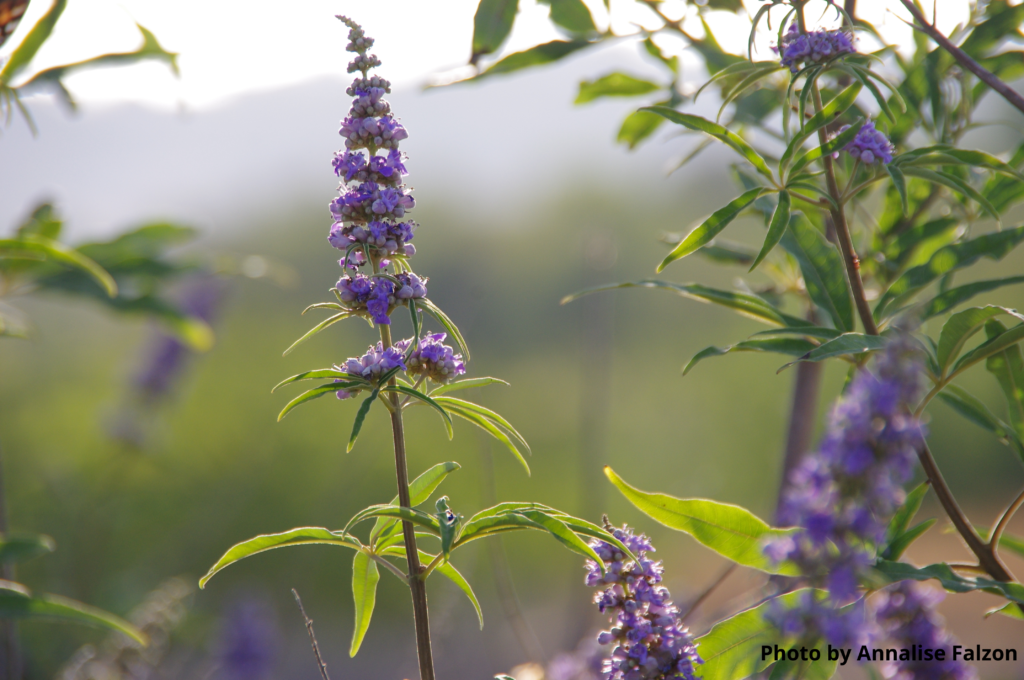 Purple and lilac are once again the colours of this month’s featured flower thanks to the spectacular blooming of the Chaste Tree (Vitex agnus-castus)  which occasionally has pinkish lighter flowers.  Known with various names in both Maltese (Għadiba, Bżar tal-Patrijiet) and English (Chasteberry, Monk’s Peppers) this deciduous Mediterranean species is one of the only indigenous shrubs to bloom against all odds in the hottest, driest months providing a blessing to many insects at a time when hardly anything else flowers in the countryside. The fragrant leaves start falling in autumn when its fruits become more prominent in the form of black, hard seeds looking like peppercorns on spikes.

This small tree is scarce in Malta, a bit less so in Gozo where up to very recently one particular copse was even protected with “no pruning” signage due to its traditional use in basket weaving. Its preferred habitat is a riparian one – in Malta’s case this would be seasonal wetlands such as dry river valley beds (widien).

The Chaste Tree has long been a widely used plant in herbal medicine. Amongst others it is known for its  balancing activity on the female hormonal system.

Guido Lanfranco in his illustrated book on medicinal plants “Ħxejjex Mediċinali u Oħrajn fil-Gżejjer Maltin) mentions its role in preserving chastity in monastic communities (hence the name) – a notion which seems to have been prevalent in Greek Mythology as well. 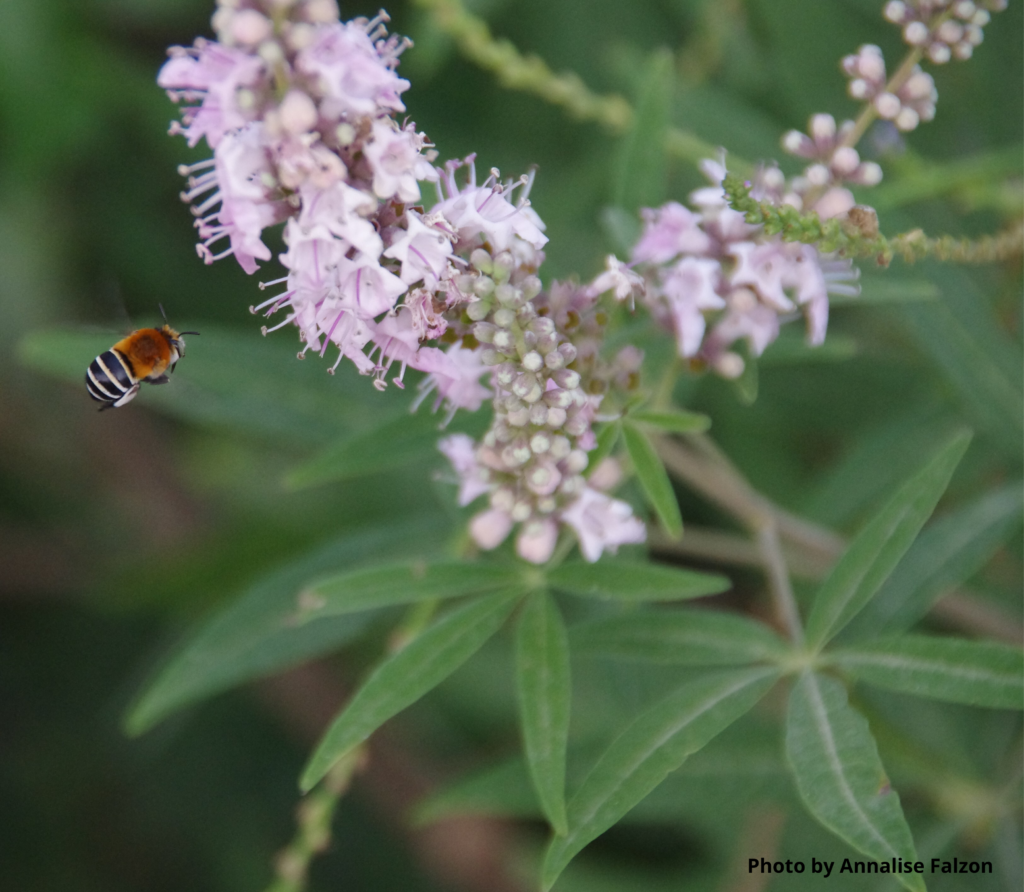