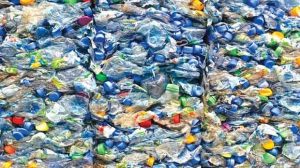 Given that Malta does not seem likely to obtain derogation to retain glass for soft drinks, the government should now push for a two-way bottling system for all beverages.

A two-way system for beverages will mean much less waste will end up on our dumps and Malta already has an excellent track record collecting and refilling beverage bottles.

The alternative – staring Malta in the face at the moment – would be the loss of several hundred jobs and the prospect of adding 80million+ plastic bottles to our already large volume of waste that has to be disposed of.

Friends of the earth (Malta) would like to see the introduction of a reliable and an effective deposit/refund system for beverage containers and for the installation of the necessary infrastructure for effective recycling at the end of their useful lives.

The government should also introduce incentives for those companies that sell in packages/materials that are easy to recycle in Malta or which fetch a high value overseas and therefore can be exported for recycling at the end of their useful lives.

Having beverages bottled in two-way containers would avoid the problems related to free trade that the EU wants to protect and at the same time protect the environment.