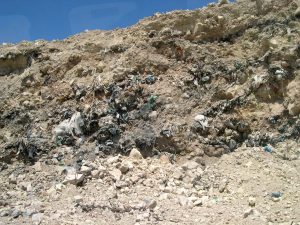 The figures used by the EU approved consultants to justify the need for incineration in Malta are wrong, Friends of the Earth can confirm today.

Although consultant Michael Betts is claiming that incineration is the only proven technology which could further reduce the volume of biodegradable waste after separation at source and composting, Friends of the Earth (Malta) knows this to be untrue. The consultants told FoE (Malta) that they would not recommend incineration if it could be shown, by reference to the figures, that Malta does not need it. FoE (Malta) is now in a position to show that if the correct figures are used Malta does not need incineration.

The figure used as a baseline figure for the volume of biodegradable waste going to landfill in 1995 in the proposed waste management strategy, prepared by Betts and his associates, is highly understated. Also the consultants were not consistent in their projections as they do not include the biodegradable waste from industrial sources in the base year, but include it in the figures for later years. It is almost as if the wrong figures were used so as to indicate a situation where incineration would be needed.

However, if using the mistaken figures incineration could still be avoided as the consultants to the Malta government also chose to avoid a waste management option which should be well known to them and which is proving to be very successful in Italy, Spain, and Germany. Biological Treatment is the subject of an EU Directive now in its second draft and can play an important part in the creation of a cost effective, sustainable, environmentally friendly strategy for the Maltese Islands.

Contrary to what the consultants are claiming Biological Treatment will reduce the amount of waste going to landfill and this results from the draft directive itself which states: “If residual waste undergoes a mechanical/biological treatment prior to landfilling…….shall deem that the treated residual municipal waste is not any more biodegradable waste as in the meaning of Article 2 (m) of Directive 1999/31/EC (Landfill Directive)”

Friends of the Earth (Malta) has asked for a meeting with the environment minister to explain its findings, but is prepared to meet any other individuals or organisations interested in the issue.