‘As humanity hangs at a precipice, we need shifts that can be made by each of us, with far reaching implications for the planet and all people’. Vandana Shiva

We are all becoming increasingly aware of how our daily actions are contributing to the destruction of our planet. The younger generation holds a stronger desire for peace, economic and social equality and a clean, sustainable way of life. A collective of eco-warriors are waking up all over the world, full of hope and drive for a greener future. We hope we can achieve this. But the question is – do we have enough time?

The majority of our world leaders make platitudes and promises around climate change, but seem to not make much effort in delivering them. The problems that Earth faces won’t even be faced by most of those in power, so the decisions being made – or not being made – are by people who it won’t affect.

Climate change and the loss of biodiversity are the biggest threat to our planet’s future , however scientists are now warning that matters below ground are equally important.

Underneath us is the core of our food and ecosystems.

‘Everything comes from the soil, and returns to the soil’ Satish Kumar.

Soil. It’s beneath us all and we’re only just beginning to uncover the significance of it.
Soil is responsible for cycling nutrients, modifying the atmosphere by emitting and absorbing gases. It provides habitat for animals that live in the soil and organisms such as bacteria and fungi (which account for most of the life on Earth).
Soil also absorbs and purifies water and provides a medium for plant and food growth (Agriculture). Without soil we would not have any roads or buildings.

We need soil. Especially now more than ever. Soil erosion is a major global threat and in Europe scientists are predicting that we only have about 20-30 years left of soil. On average, we lose around 2.5cm of top soil a year. Soil degradation is a massive threat to all land, freshwater, and ocean life. One of the major causes that drives the erosion of  soil is Agriculture.
Our current farming techniques throughout Europe are causing the soil to rapidly disappear and become nutrient-less. The awful method of Monocropping has left us with infetile soil by removing native vegetation and pumping the ground full of pesticides and synthetic fertilizers.
To make matters worse, the negative effects of industrial agriculture aren’t just affecting the nutrients in our food and soil, but also our atmosphere.

Our current demand for all food and for it to always be available is not only unsustainable, but it’s greedy and this has been one of the leading factors in the depletion of our soil.

We’ve completely lost our appreciation for the vitality of food.

Although this situation may seem extremely depressing, there are numerous sustainable approaches that are happening all over Europe. Permaculture and other organic farming practises using both old and new techniques. Improving our knowledge of the probable future rates of soil erosion, accelerated by human activity then we stand a good chance. But in order to maintain the long-term wellbeing of the soil, we must do more than simply save it, we must repair and improve the quantity and quality of it.

The EU Commission has created  green targets that  need to be achieved by 2030. The Commission plans to reduce the use and risk of chemical and hazardous pesticides by 50% and synthetic fertilizers use by at least 20%. Nutrient losses in our soil are to be reduced by 50% while ensuring that soil fertility will not deteriorate. They aim to help the EU’s organic farming sector to grow, with the goal that 25% of our current farmland will be used for organic farming.

And across Europe there are endless Permaculture farms, projects and people who are devoting their lives towards preserving the soil and our planet.

Danyadara, is a non-profit permaculture farm based in the South of Spain. A great example of people working hard towards the future of our planet. Focusing on land regeneration with a goal to heavily reduce the desertification in Andalucia.

‘Many little people in many small places, undertaking many modest actions can transform the world’ – African Proverb

We can’t rely on the EU Government alone, we have to also adapt our way of living and the roles that we play in society.

By inheriting the ethos of soil, which gives far more than it takes, and learning to appreciate the symbiotic relationship that it has with all life, we will have a much greener and peaceful future. 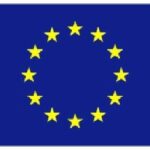