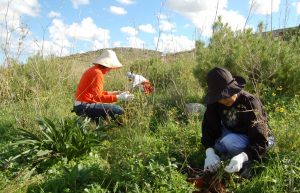 The benefits of community gardening for migrant and local communities

Last month the Ministry for European Affairs and Equality released the much awaited Migrant Interaction Strategy and Action Plan, which will enable all migrants, including EU citizens (though some would rather be referred to as expats) to voluntarily submit a request to be integrated. The applicants can then access Maltese and English language classes and cultural orientation sessions as part of a pre-integration course. Those intending to apply for a permanent residence status have to undertake a more thorough course on the social, economic, cultural and democratic history and environment of Malta.

This is all well and good. However integration does not rely solely on migrants’ ability to speak the local language and knowledge of all the national holidays. There is a need for increased opportunities for migrants and locals to mingle in safe environments. This is substantiated by the outcome of a 2015 survey which showed that locals who do not know a single foreign resident in Malta by name are more likely to be opposed to migration.

Being a migrant means searching for a new space to inhabit. This goes beyond simply having a shelter and a workplace, a space is also fundamental for interacting and integrating within the local community. In the above cited survey, the locals who were acquainted with foreign residents mentioned entertainment and sports venues as spaces where these acquaintances have formed. This means that locals and migrants who do not frequent such places could be missing out, and further highlights the need for more varied integration spaces. Several European countries have been using gardens for this purpose.

Germany has adapted the concept of urban gardening since the 19th century, when urban gardens started being established as a means of supplementing subsistence for people from the countryside who had internally migrated to work in the cities. Nowadays, some of these urban gardens and additional plots of land have been transformed into intercultural gardens. The concept of intercultural gardens was started off by Bosnian migrant women in Gottingen, who sought some land to cultivate as a means of bridging their new life in Germany to their old life in Bosnia, where they used to tend to their gardens. Eventually, a plot of land was found and a group consisting of various nationalities including Germans was formed to take care of it. The project was so successful in terms of integration and addressing the specific needs of the participants, that it set the ball rolling, and nowadays Germany boasts more than 360 of these intercultural gardens. These spaces usually have rules that ensure that the original purpose of the gardens, to integrate migrants and refugees, is addressed. For instance, ethnic diversity is taken into consideration when recruiting new members in the garden to avoid having monocultural gardens, and use of German is encouraged to further favour interactions and integration.

There are multiple benefits to community gardening for both migrant and local communities, the most obvious being its positive effect on physical and psychological wellbeing. For migrants coming from an agricultural background, reconnecting with agriculture through urban gardening in their new home could create a familiar backdrop that facilitates interactions in the new environment. It also allows them to express their cultural identity by sharing their expertise and experience of farming practices from their home country. 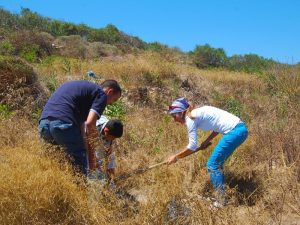 I for one am against the idea, occasionally propagated in the media, that migrants and more specifically refugees should be model residents and contributors to society as a means of “repaying” the receiving country. I sometimes don’t feel mentally strong enough to make myself a cup of coffee, so I do not expect someone who has potentially experienced trauma to make any radical contributions to society. However, whether we like it or not, being productive and able to provide for your loved ones is conducive to good mental health. A recent study by the Migrant Women Association Malta showed that 85% of female asylum seekers are unemployed, despite half of them looking for work. Although one would hope that this problem be formally addressed, in such instances participating in community gardening could provide migrants with the possibility to act as providers by sharing the produce that they have helped to grow.

From a local perspective, these community gardens could also help local and migrant communities to reclaim public spaces for themselves, therefore making it more likely for people to resist if such spaces are taken away from them. One could argue that spaces are limited, however community gardens don’t need to occupy massive plots of land. If there is a strong grassroots initiative, finding and being assigned state-owned disused plots of land is not impossible. Local councils would also be crucial for such initiatives to succeed. It is encouraging to see that the Integration Action Plan includes the setting up of a Local Council Integration Charter that allows councils to share good practices related to migrant integration. Funding is also being assigned to local and national organisations to orchestrate integration initiatives, so one would hope that we would see integration centred gardening projects being organised in the future.