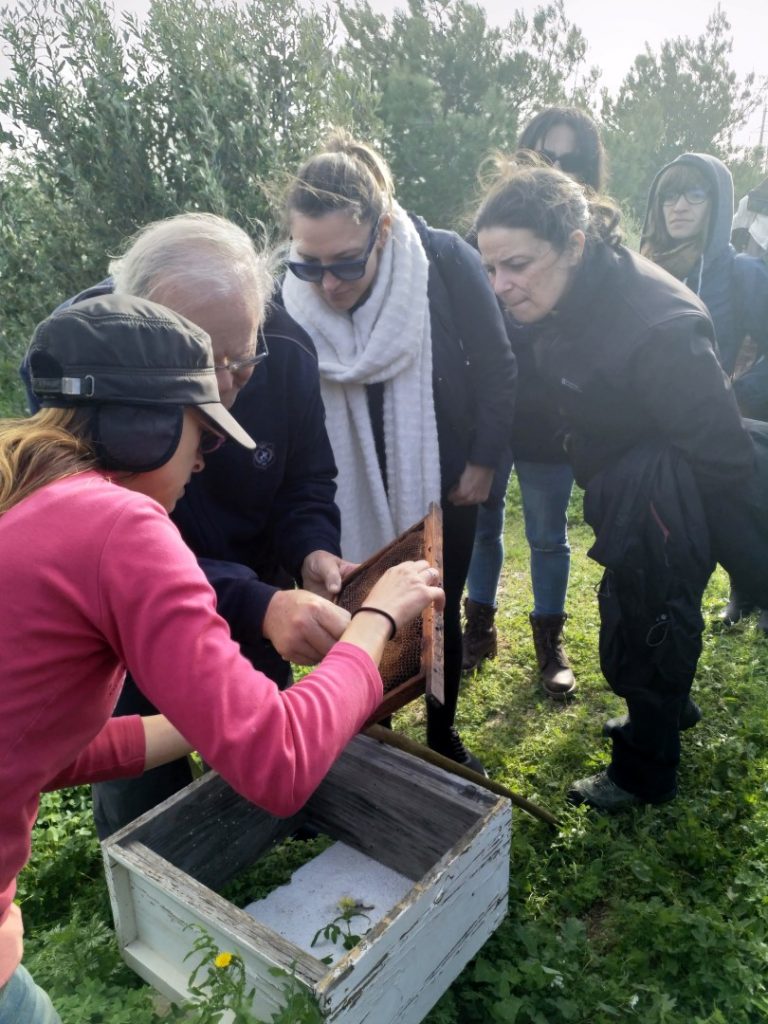 Due to the effects of intensive agricultural practices and pesticide use, climate change, the decrease in rainfall, hotter summers and droughts, the bee population has been even more strained these past few years, with honey-bee keepers in Malta loosing up to half of their colonies.

Friends of the Earth Malta has already been organising a series of workshops called BeeAware that brings beekeeping closer to the public and makes beekeeping more accessible to people who might otherwise not have had the opportunity to get into apiculture. Last December we organised a two day live-in camp that builds on the work that we are already doing on bees, biodiversity and agriculture and aimed to:

The scope was to create a group of bee-guardians who would in turn be empowered to protect the pollinator community either through making their own pollinator garden, through advocacy or by taking action and volunteering to create pollinator-friendly areas in Malta. 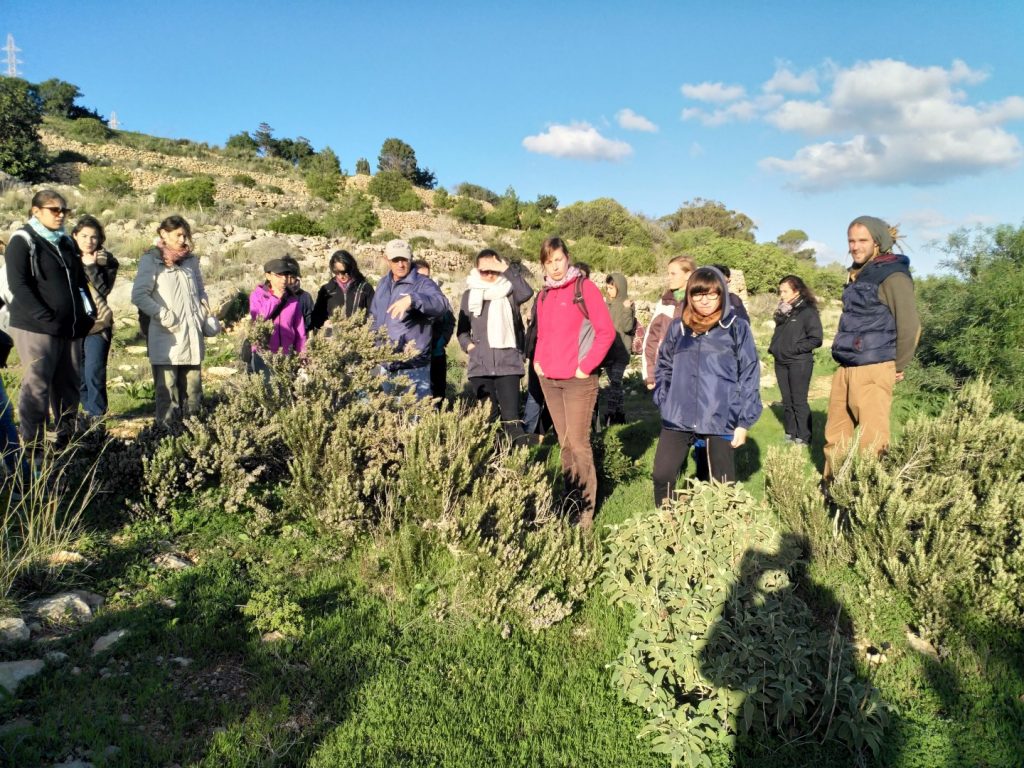 The workshop was held at Dingli in Villa Psaigon which is managed by Agenzija Zghazagh. We all met the night before to go through a session of Deep Ecology led by Alexandra Cachia who was the permaculturist working with us during the two-day workshop. Deep Ecology focuses on looking at interconnectivity not only nature connections but what connects us as human beings.

The following two days were packed with activities. Alex Cachia gave an introduction on permaculture and the importance of looking at natural systems holistically and the idea that we should design systems that can be environmentally sustainable. Following the session we visited Foresta 2000 site, a designated Natura 2000 site, where over 20,000 trees and shrubs have been planted as part of this afforestation project. Numerous plants that are growing on site, such as the wild thyme, rosemary, carob, golden samphire and wolfbane are pollinator friendly plants, since they provide nectar and/or pollen during different flowering seasons. Arnold Grech, a beekeeper who has been keeping bees for over 60 years, has an apiary at the Foresta2000 site and gave a short overview on beekeeping and showed us how the bees build their colonies in hives. 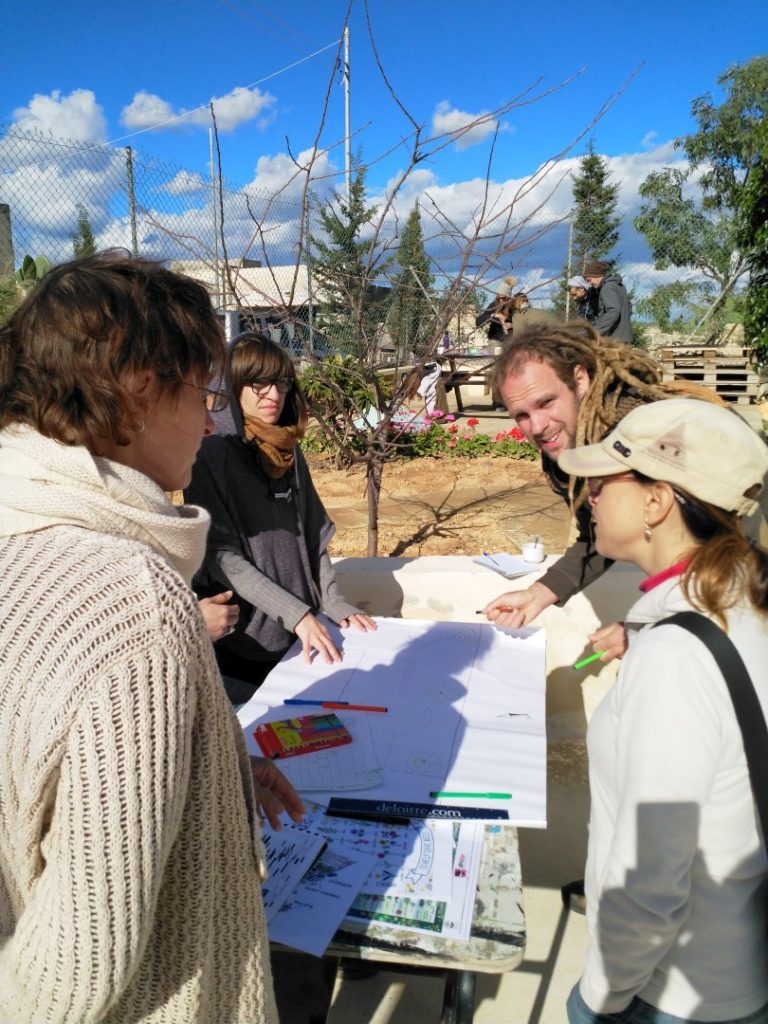 Following the visits the more hands on sessions followed from that evening to the following day.  Since each individual’s background was diverse, this allowed for peer to peer learning rather than a unidirectional learning system. The theoretical knowledge was backed up with a learning-by-doing session where the participants were learned through an activity, such as designing an action campaign, or a permaculture garden.  Tolga Temugae lead the advocacy session that was a two hour ‘crash course’ aimed at gearing the participants up with the necessary information and tools to advocate for bees, covering topics such as research, communication and activism. This followed by working in small groups on developing a campaigns aimed at different target groups to achieve certain objectives in order to help protect the bees in crisis.

The following day was more focused on creating pollinator friendly areas. Alex Cachia gave an introduction to permaculture garden design, companion planting and what plants are good for pollinators. We again split into small groups and an hour and a half was allocated for each team to design a pollinator-friendly garden in an area (either a privately owned garden/field or a public land). The facilitator of the session helped each team to create a good design that is sustainable and base don permaculture principles. The teams then presented the design to the rest of the group. This session was then followed by a hands on activity where we all spent 3hrs creating a pollinator-friendly permaculture garden, sowing herbs, medicinal plants and indigenous trees. The design was finished off with a water feature and a bee-hotel was also created for solitary bees. 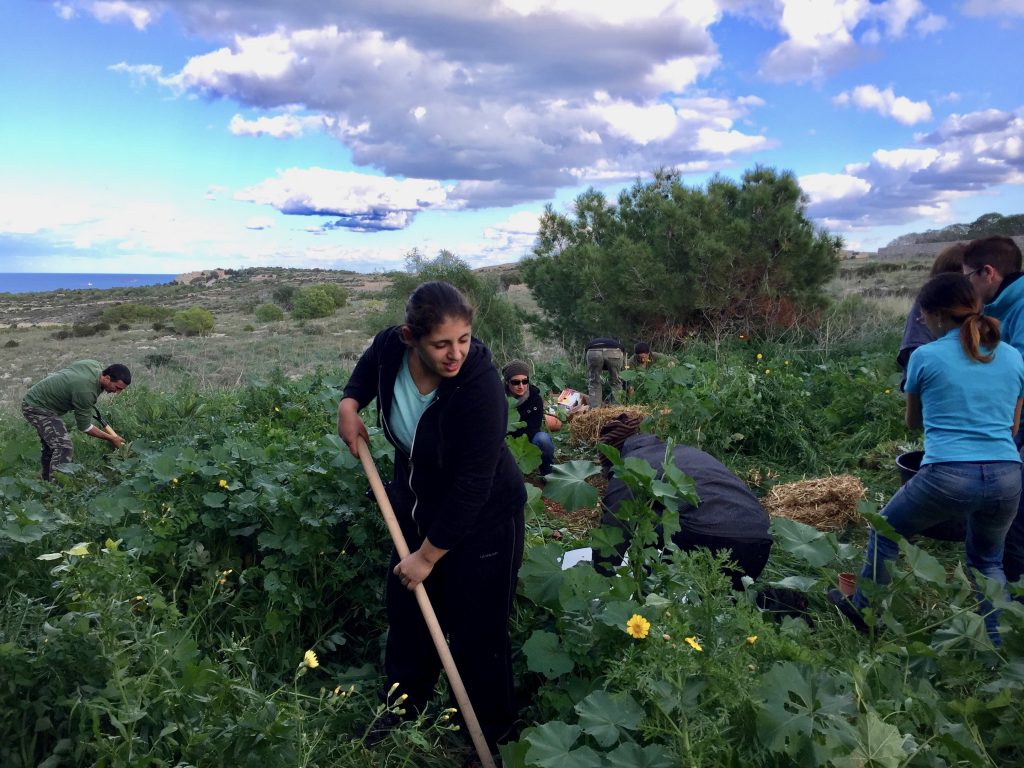 This long weekend ended with a few reflections on what each of us would take away from what we have learned and the changes that we intended to make. We left the spaceas a group of bee-protectors

For all those interested in learning more about bees and beekeeping, keep on the look out for the next session of BeeAware courses that we are organising through our facebook page. You can also contribute by sponsoring one of our beehives and ensure that the Maltese honey bee stays alive and the bee population in Malta increases. 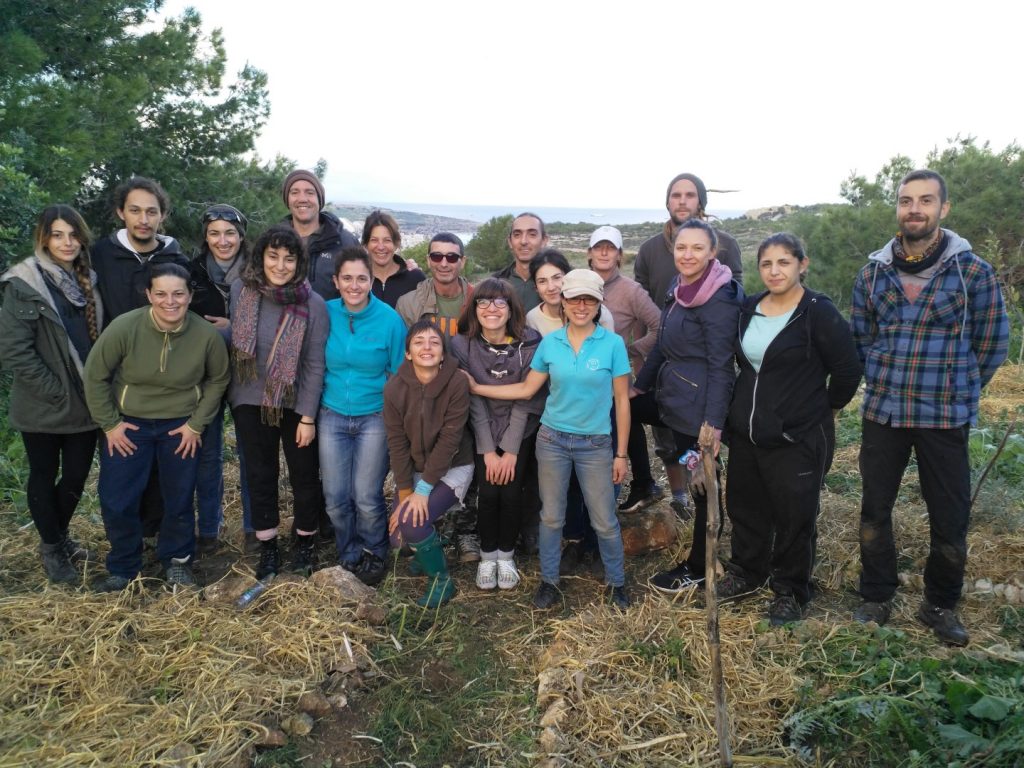