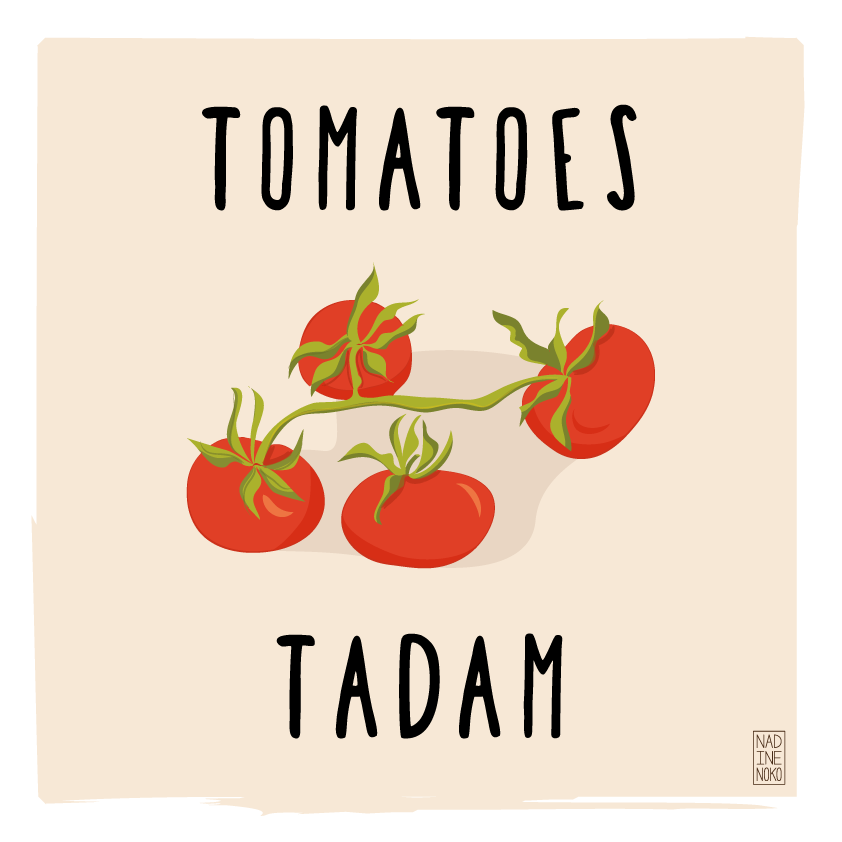 Every month we feature a fruit or vegetable that is in season, along with a fun fact or recipe idea. We are currently working on a project, Citizen’s CAP, highlighting the importance of citizen involvement in agricultural policy to ensure healthy food and protection of our agricultural land. In a way, this is a continuation of a previous project, AgroKatina, through which we have published a report on the local fruit & vegetable supply chain. Find out more on www.foemalta.org/agrokatina, where you can also order a free copy of the pocket guide to seasonal fruit and veggies.

Tomatoes (classified as vegetables in NSO reporting, even though technically a fruit) is the most produced “vegetable”, by weight, in Malta, as reported in 2014. These plump fruit are from the nightshade (Solanaceae) family, which includes the next most widely produced crop in Malta, the potato, and also other crops such as eggplant and peppers. The tomato, Solanum lycopersicum, has thousands of cultivars which make a beautiful array of shapes, sizes and colours. Only a few of these varieties are grown in Malta—my favourite being the more traditional local cultivars, such as the juicy tadam ċatt and the elongated tadam żenguli. The flat tomatoes are no longer sold in the great abundance that they used to be available in, but this summer I did manage to get my hands on some from Louis Cini, an organic farmer based in Mellieħa, and also at the Marsaxlokk Sunday Market. Surely these are also available from the Farmer’s Market.

Despite my usual preference towards heirloom crops, I also take delight in spotting new additions to the market, such as the small yellow-pear tomatoes that I had bought from the Veg Box, from which I was also lucky enough to managed to get a plant growing. Either way, tomatoes are a staple for a ħobża biż-żejt or any other imaginable dish, from salads, pasta sauce or caponata.

Recently I had watched a great film by Agnes Varda, called the Gleaners and I, and inspired by gleaners that live off of the waste that is left from a superfluous food industry, I got my hands on a lot of tomatoes that were going to spoil. What to do when you have over 5 kgs of tomatoes that are going to end up going bad? Sun-drying or making plenty of tomato sauce are the first things that came to mind, but instead, we made a very refreshing improvised Gazpacho. Try out the recipe!

This is a cold soup recipe—there is no cooking involved, only blending.

This project is co-financed by the Ministry for Social Dialogue, Consumer Affairs, and Civil Liberties.