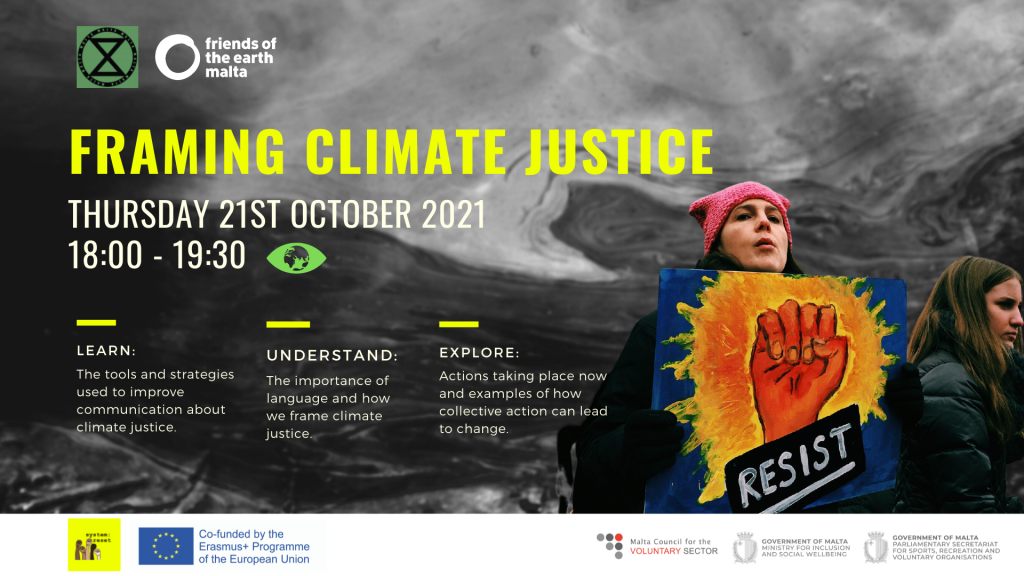 Calling all climate campaigners, activists, journalists, and passionate individuals. Join us for an online event on the 21st October 2021, 18:00 – 19:30 CET to talk climate justice.

Stories are central to campaigns: you need a good one to win. But what does a good climate change story look like? Or more elusively, what about a good climate justice story? As more and more environmental campaigners begin to bring questions of justice into their work, they struggle with knowing which narratives work, and which values, metaphors, and examples can motivate people to act.

The environment is integral to our wellbeing and it is becoming increasingly more obvious that we are ‘a part of the environment’ and not ‘apart from the environment’. We are seeing more climatic impacts on those LEAST responsible, while climate change continues to exacerbate existing oppressions for these communities. Power needs to be redistributed and the most affected and vulnerable communities must be central to future initiatives. Global justice needs to be put strongly into the frame as we shift our perspective from ‘humans cause climate change’ to the more holistic thinking ‘who needs to do what, and why’.

This is climate justice.

Yet, how can we effectively convey this and what communication strategies work best to get the message across?

Join us for an online event on Thursday 21st October as part of the Friends of the Earth System Reset Project.

This event is led by Zahra Dalilah and Rowan Mataram who will be representing the work are research done by PIRC, 350.org, NEON, and the UK Climate Justice Movement highlight the best tools and strategies to open up the conservation of climate justice. Learn about the importance of language and how to frame climate justice as we explore actions taking place now, illustrating how collective action can lead to change. 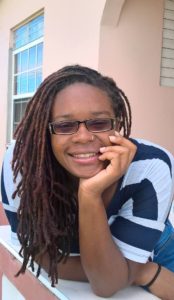 Zahra Dalilah is a black feminist from London with a commitment to ecological and spiritual liberation for peoples and planet.

In 2015 she began on her journey as an activist by joining Take Back The City, an anti-gentrification and popular education political project which offered an intervention into local elections. In 2017 she also co-founded a network of Black and African activists called KIN, which has since hosted national and international convenings of leading Black activists and organisers. She has long been involved with the community food movement and land-based activism, especially where it intersects with anti-racist and anti-classist action.

In 2019 she was a participant in the Framing Climate Justice project led by the Public Interest Research Company, following which she and two other participants continue to develop. She enjoys growing herbs and pouring candles. 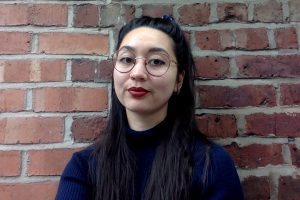 Rowan Mataram is of British-Indonesian heritage and based in the North of the UK. Her activism journey has wound its way through planting trees, working to stop NHS privatisation, campaigning for Trade and Economic Justice, and has led her to a strong intersectional, decolonial analysis which is at the core of her work.
She is passionate about the power of the arts to shift culture and the need for greater compassion in our movement spaces and society. She currently works to increase capacity for, and representation in, the energy transition. She works at Platform, and manages the pan-European project, mPOWER, and is currently starting to develop a process for citizen-led, energy just transition plans in Leeds, West Yorkshire.
In 2019 she participated in the Framing Climate Justice project, and has continued to co-develop workshop content with two other participants since the project ended. She likes hills and cooking.
If you would like to attend this online event, please register through the form below:

We look forward to seeing you there!