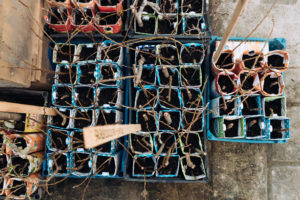 Till a few years ago, Adrian Gatt knew almost nothing about trees, but now his Facebook group The ‘Grow 10 Trees’ Project has the backing of over 5,000 people. Built on the simple principle that anyone with a balcony can grow a few trees, Adrian aims to populate Malta’s public areas with trees.
I meet Adrian at the back of his Sliema-apartment. It is here where he has turned his family garden into a small nursery. The monotony of plastic pots that you would expect from a typical nursey has been replaced with milk cartons. Hundreds of milk cartons are neatly arranged in crates to create a temporary home for trees saplings. 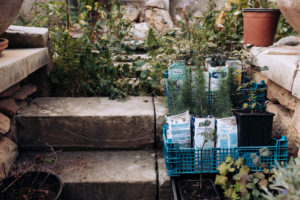 The tree saplings have been grown mostly from seeds which Adrian collects from around the island, others from cuttings – where seeds are difficult to find. The project aims to get the community involved in afforestation projects around the island. Adrian shares the seeds he collects with the general public and crowd sources the saplings for events.
He admits, ‘we started with invasive species.’ A tree on his morning walk with his then 3-year-old son captured his attention, he collected some seeds and grew his first tree. Fast forward a few years and Adrian tells me, ‘I had no knowledge on the subject. It started by sheer coincidence. I was part of a Facebook group called “Save the Trees”. It is one of those complaining sites, but I was fed up of complaining. They had around 3,000 members so I just wrote a comment “If everyone planted 10 trees, we would have 30,000 trees.” That same evening, I started the Facebook group.’ His son, now 16, is also part of the project. In-between his studies he helps out during events and shares the same passion for tree planting as his father does. 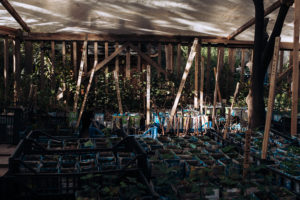 Since its foundation, in May 2017, the project has seen over 1,700 trees planted across the Maltese Islands. In the past 3 years his knowledge on which trees are best to plant has evolved and today, his focus is on finding trees which are Maltese. As he tours me around his nursery, he points out Carob Trees, Almond Trees and Aleppo Pines among other varieties. Adrian collects seeds and cuttings from sites which have the oldest sources ensuring that they are specimens which have not been imported.
Adrian’s numerous events have spanned across Malta, from Żurrieq all the way up to Mellieħa. Usually connecting with the various local councils to ensure that the trees are properly cared for. The project’s main site is in Għargħur, here they have had 7 events, now caring for 240 saplings, with around 30 volunteers watering the trees.
Of course, it was more than just the endless complaints on social media which triggered the project to start. Adrian was also concerned with the unsustainable development and road building which has plagued the island for decades. In reference to road-widening projects, he tells me, ‘when I speak to the people, they repeat what they hear on the news. “The government is transplanting the trees.” No, they are not. The most transplantable are the ficus and the olives. All the rest…’ Adrian goes on to say, ‘unfortunately, since people are very partisan, they believe what they hear on the news. So, if they say they are going to widen the road because it is better for the environment, the people do not think about it.’ He is convinced that if our political leaders were to head a green movement people would wake up. Later in our conversation he notes, ‘the strange thing is, when they go abroad, they say “kemm hu sabiħ.” (how beautiful it is).’ 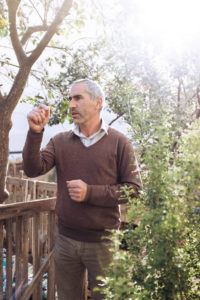 Adrian however, sees the bigger picture, ‘I remember getting stuck in traffic forty years ago. Where are we now? The same as we were forty years ago, the only difference is that we have more car and more roads. But we are still stuck in traffic.’ He recalls the Santa Venera tunnel, ‘in 1992 they opened the funnel, it was innovative. But how long did that last?’ According to Adrian, Malta’s history has proven that the road-widening philosophy is flawed.
His belief is, ‘it’s all about the money… As long as money is the focus nobody will care about the environment. We are in mid-February and we haven’t had rain for 2 whole months. Is this a message?’ Elected officials, spurred on by stakeholders, are blinded by the short-term financial benefits that road-widening and other construction projects have to offer. They fail to recognise the long-term impact. Adrian has a simple plea, ‘politicians have to put the people at heart.’
I was struck by his proactive approach and dedication to the project. Completely unphased by outside forces, he tells me, ‘we can’t give up. If we give up, we have lost the battle.’ He recognises that ‘we are outnumbered’, but adds ‘people say one person cannot change the world. But that’s not true, one person can change the world. Not alone, but they can.’
To help with the project you can follow their Facebook group. 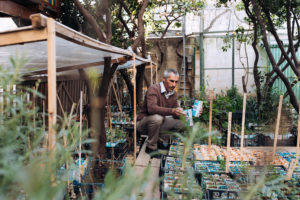 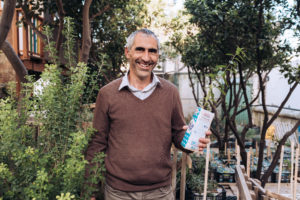 The article was written by Maria Eileen Fsadni based on an interview that she conducted with Adrian Gatt. Photography by the Lisa Attard.