Interview with Perit Edward Said from Friends of Villa Frere

It is no secret that Malta has, for some time, been going through what seems like a never-ending campaign to build-up every square-inch of the island; all in the name of progress and the ‘betterment’ of our country. Tasteless buildings are replacing some of Malta’s most important architectural and natural environments with no consideration for future generations. Edward Said is a Maltese architect who has made it his life mission to safeguard Malta’s cultural and natural heritage. His proactive approach and steadfast determination injects a sense of hope into a situation which may seem dire from the outside. 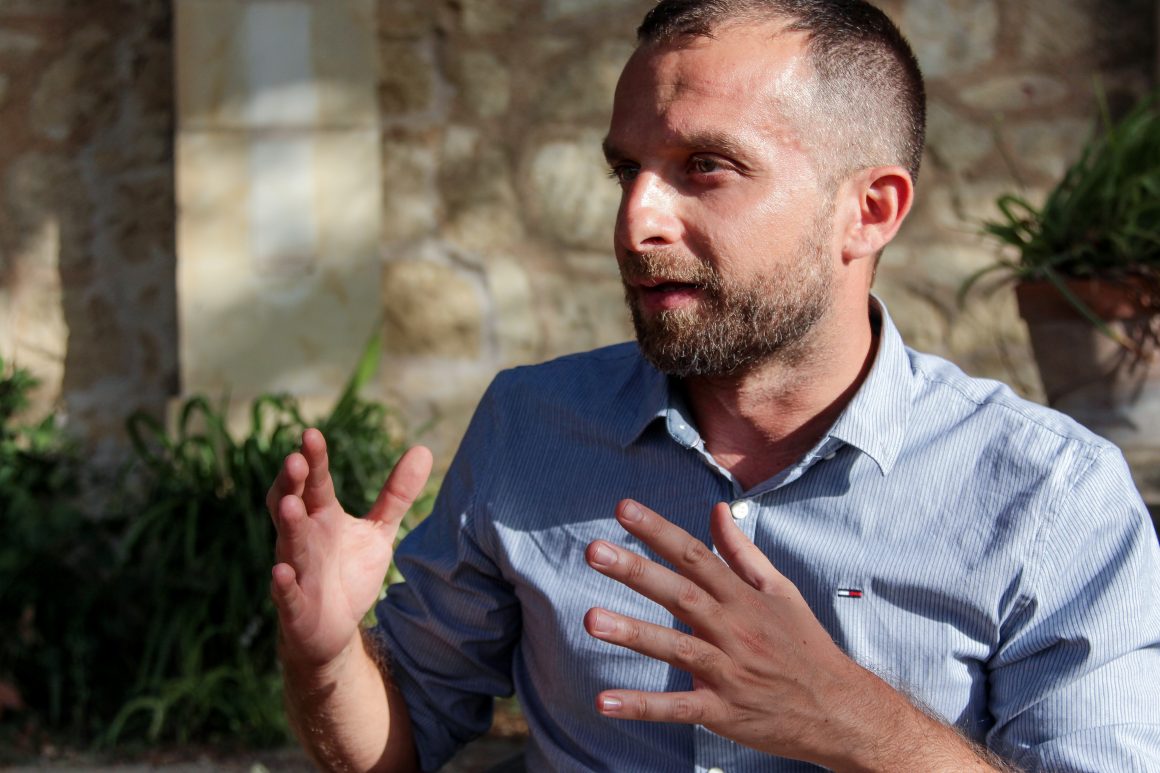 Edward is involved in a number of organisations, including the Sliema Heritage Society, Fondazzjoni Wirt Artna and Valletta Underground, which aim to protect local buildings of historic note. However, it is one project in particular which struck a chord with me. In 2013 Edward set up the NGO Friends of Villa Frere, dedicated to conserving the 19thcentury garden and its architecture. The villa, now tucked away behind the old hospital of St. Luke’s, was originally commissioned by British diplomat John Hookham Frere and is the perfect marriage between the built environment and natural environment.

Edward first came into contact with Villa Frere in the early 2000s while he was still an undergrad student. Prof. Jo Tonna, who has an affinity to neo-classical architecture, urged students to ‘go to St. Luke’s because there is a very special building there.’ Prof Tonna was referring to the tempietto which is separated from the rest of the garden because of a car park. After the first visit, Edward was left feeling impressed by the hidden gem and quickly realised that the tempietto was just the beginning of something much larger.

He was to return to Villa Frere in 2012, while reading for his masters in the conservation of historic gardens and cultural landscapes at the University of Bath. His time in Bath, which he describes as ‘extremely enlightening’, gave him the opportunity to dedicate his thesis solely to Villa Frere. He explains that ‘immediately after I presented my thesis I set up the NGO… We informed the lands department that we intend on taking care of the place and we did not get any objection so we are sort of benign squatters.’ The project is run exclusively by volunteers and is spearheaded by Edward together with landscape gardener Fernando Mifsud, who came on in February of last year. The villa’s garden now serves as an important green lung in the heavily urbanised area of Pieta. 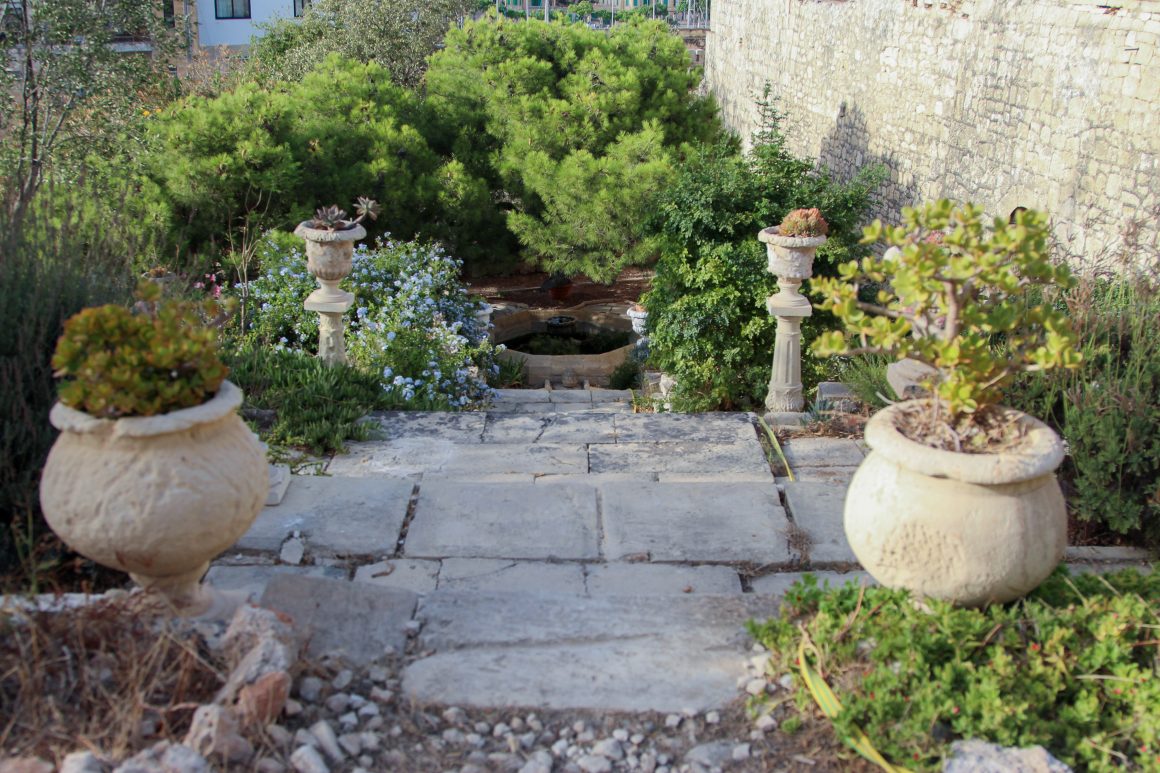 His interest in conserving these spaces pre-dates his masters, he says that this drive has existed ‘ever since I can remember.’ He admits that ‘I do occasionally get bouts where I want to emigrate to New Zealand. But now more than ever I want to be here, because the challenges are huge.’ It is those challenges, which Edward identifies as the ‘uglification of Malta’, that motivates him to pursue these ‘crusades’ as he terms them. He firmly says ‘people have their calling, this is mine.’

What emerged from our conversation is the genuine passion he has for the projects he takes on and the level-headed approach which defines his activism. While a reactionary attitude is sometimes necessary it is only a short-term solution. In the face of naysayers who strip away the inherent value of our historic buildings and gardens, he says that activists ‘need to take a deep breath, not get arrogant about it’, and calmly explain why these spaces are important. He stresses that we should avoid assigning anything a monetary value, because in-doing so we diminish their historical value which is priceless, underscoring the fact that our heritage is ‘not a burden.’ This is a sentiment that he expressed to developers who bought theneighbouring 200-year-old Villa Ciantar, with plans to build a 10-storey old people’s home that would forever alter Villa Frere’s context.

Ultimately, it is not about demonising the developers or policy makers, for Edward, rather it is about finding a compromise that will suit both parties. He believes that the authorities should continue to create incentives for people to conserve homes of historic value. Having an open conversation with decision-makers also ensures that we can design intelligent solutions to accommodate a more sustainable level of progress which respects what already exists.

Nevertheless, he warns activists to take a stand questioning ‘How many more bad decisions can we afford?’ While Edward does not rule out the geographical cure for some, he is insistent on remaining in Malta and urges others to ‘avoid scrolling through social media, because it can portray a delusion.’ ‘Rather, he thinks that we should adopt a more proactive approach by participating in positive initiatives, and he adamantly refuses to contemplate the alternative, ‘What do we do? Just roll up and die?’ 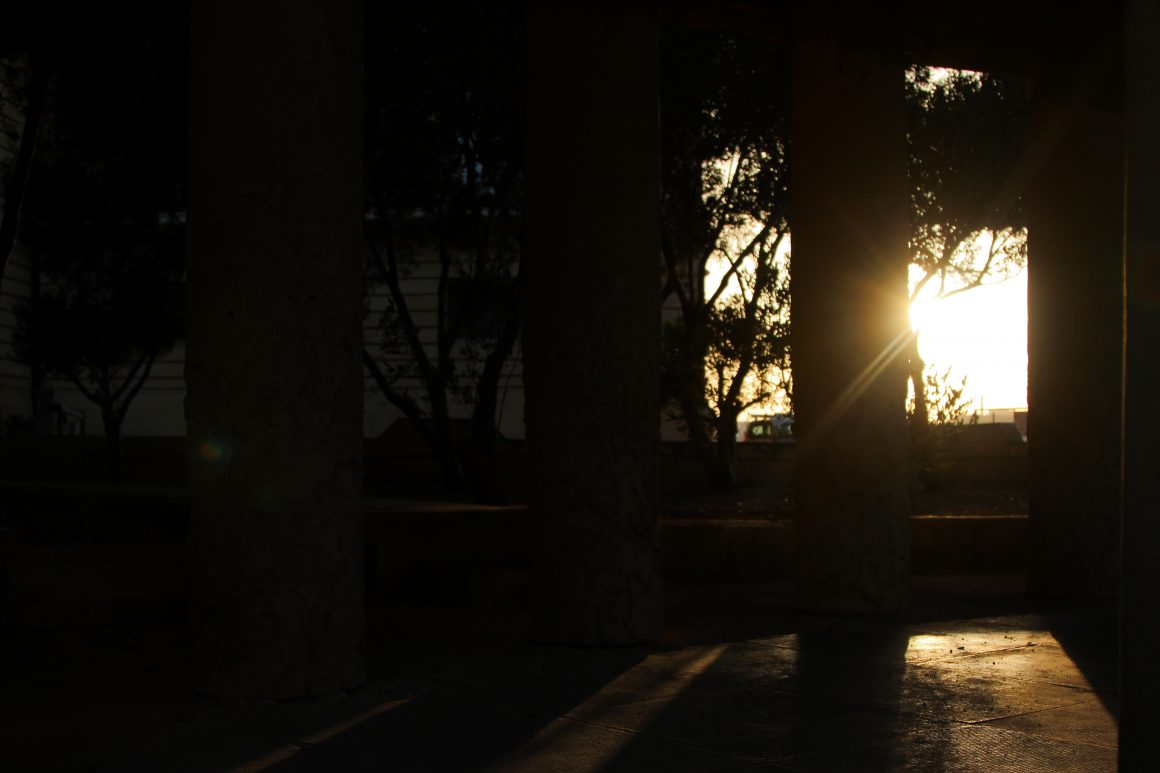 Villa Frere has its next open day on Sunday August 12thin the late afternoon till the evening. During the rest of the year, the villa usually opens every first Saturday morning of the month. They are reachable on villafrere@gmail.com and have an active FB group called ‘Friends of Villa Frere’ on which they post updates about their mission.

The article was written by Maria Eileen Fsadni based on an interview that she conducted with Edward Said. Photography thanks to Mikela Zerafa.