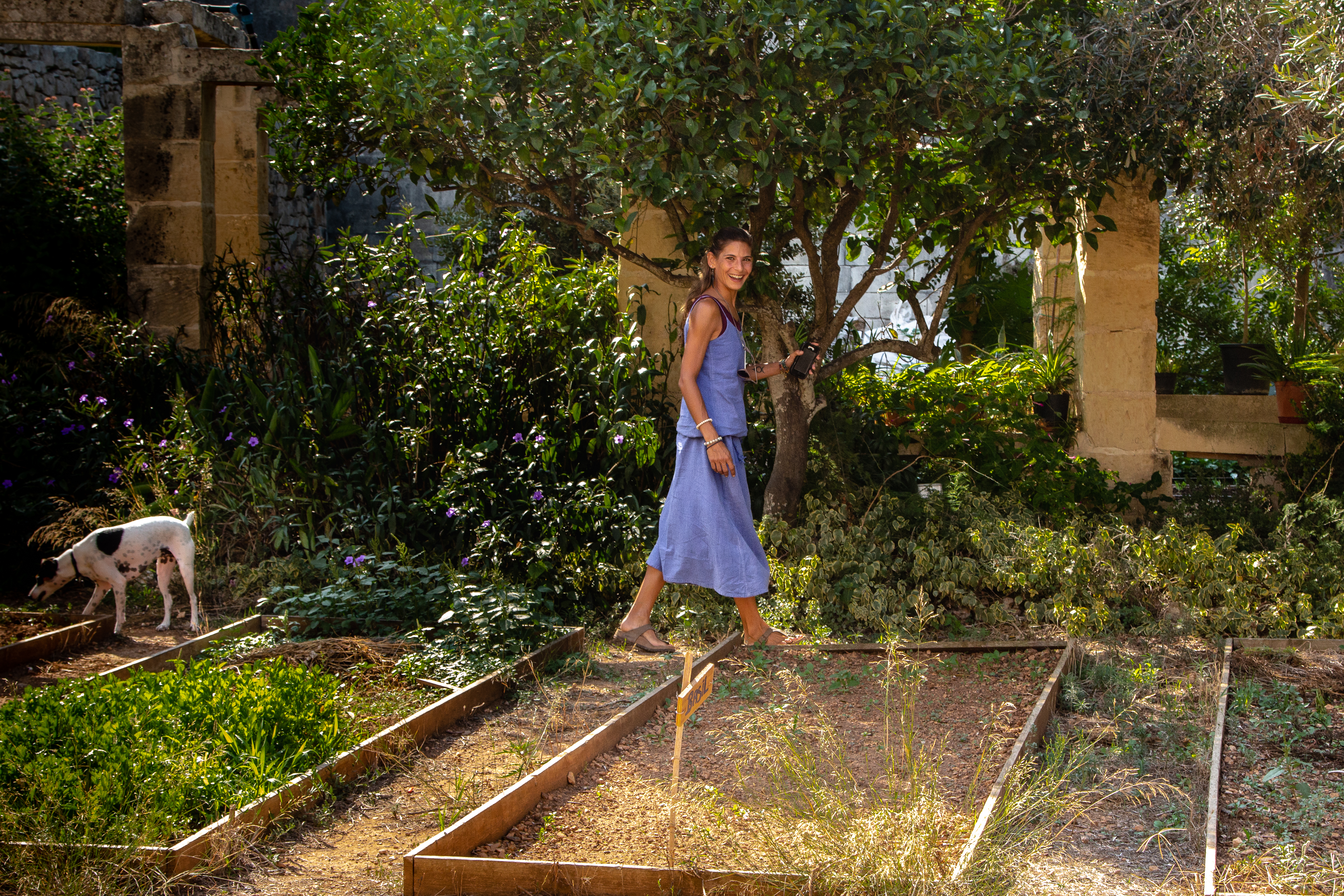 As you stroll through your local supermarket during your weekly shop do you ever stop to consider where the produce comes from? You are faced with a plethora of different potato options, for example, which come from various corners of the world. Buried underneath, you may find just a single Maltese variety. Quite perplexing when the potato is widely grown across the island and is in season year-round.

Manuela, is a local gardener/farmer who holds sustainable farming as the core value which drives her urban farm. Together with Anita, who helps to run the shop and see to customers, Nathan, who recently started helping with the planning and growing of the produce and the numerous volunteers who stop by, she hopes to populate Malta with safer, healthier food which is always locally sourced and readily available to all.

The urban farm is found in the heart of Attard at the grand gardens of Villa Bologna, a wonderful 18th century building. The project started in 2012 when Manuela was 30 years old. After having studied and worked in the luxury hotel industry for several years she began to realise that there was ‘more to life’ than her job provided her. She started by revisiting her old hobbies, which included ceramics but more importantly gardening and eventually began work in the Villa as a part-time gardener. Just 2 years later, in 2014, she opened The Veg Box which now sells the produce she grows as well as the fruit and veggies from other local farmers who use sustainable methods. 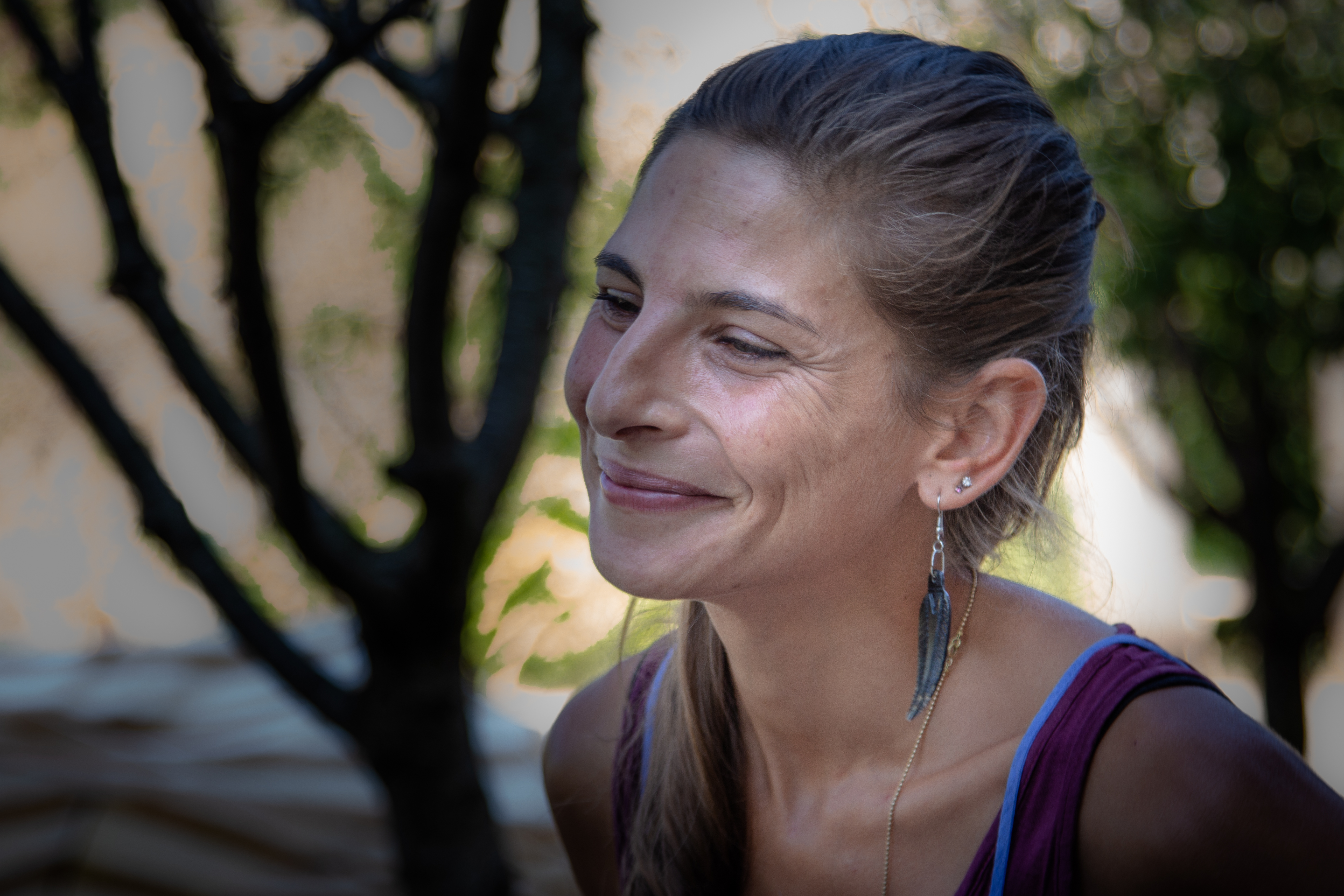 Manuela and her team use non-invasive methods of farming which aim to keep the soil healthy and chemical-free. She admits that this approach to farming is ‘more work’ however, she clearly outlines that the benefits are worth the extra effort. Unlike other farms, she explains, ‘we won’t have 3000 broccoli, we’ll have maybe 120’, but for Manuela it is not about the quantity but the quality of the produce and the lasting positive impact this method has. The ‘slow farming’ technique, as she terms it, replaces the use of heavy machinery, nasty pesticides, which over time reduce the quality of the soil, with a more hands-on approach that aims to work with nature, not against it. By intelligently planting the right kind of seasonal crops, using naturally sourced compost and not overworking the soil farmers can in fact replace nutrients in the soil which helps retain water better and makes the farmer’s life easier. It lays the ground-work for future generations to continue using the same land, hence the term sustainable.

The positive influence that sustainable methods of farming have are numerous. As Manuela explained to me, the social impact is an integral part of what she does. Through her shop she aims to show their customers how their food was grown, they can tour the garden and interact with the natural environment where the fruit and veggies come from. With a smile on her face, she points out that they have created many new friendships through their work and have watched the children of her customer-base grow throughout the years and emphasises that the farmer-client relationship is something that she holds dear to her heart. Her business embodies the ‘farm-to-table’ and “Zero Kilometres” concept which aims to reduce the carbon footprint of the food industry. She also pointed out that this approach is healthier for the consumer who benefits from naturally grown food, and it is safer for the farmer who does not have to use chemicals. 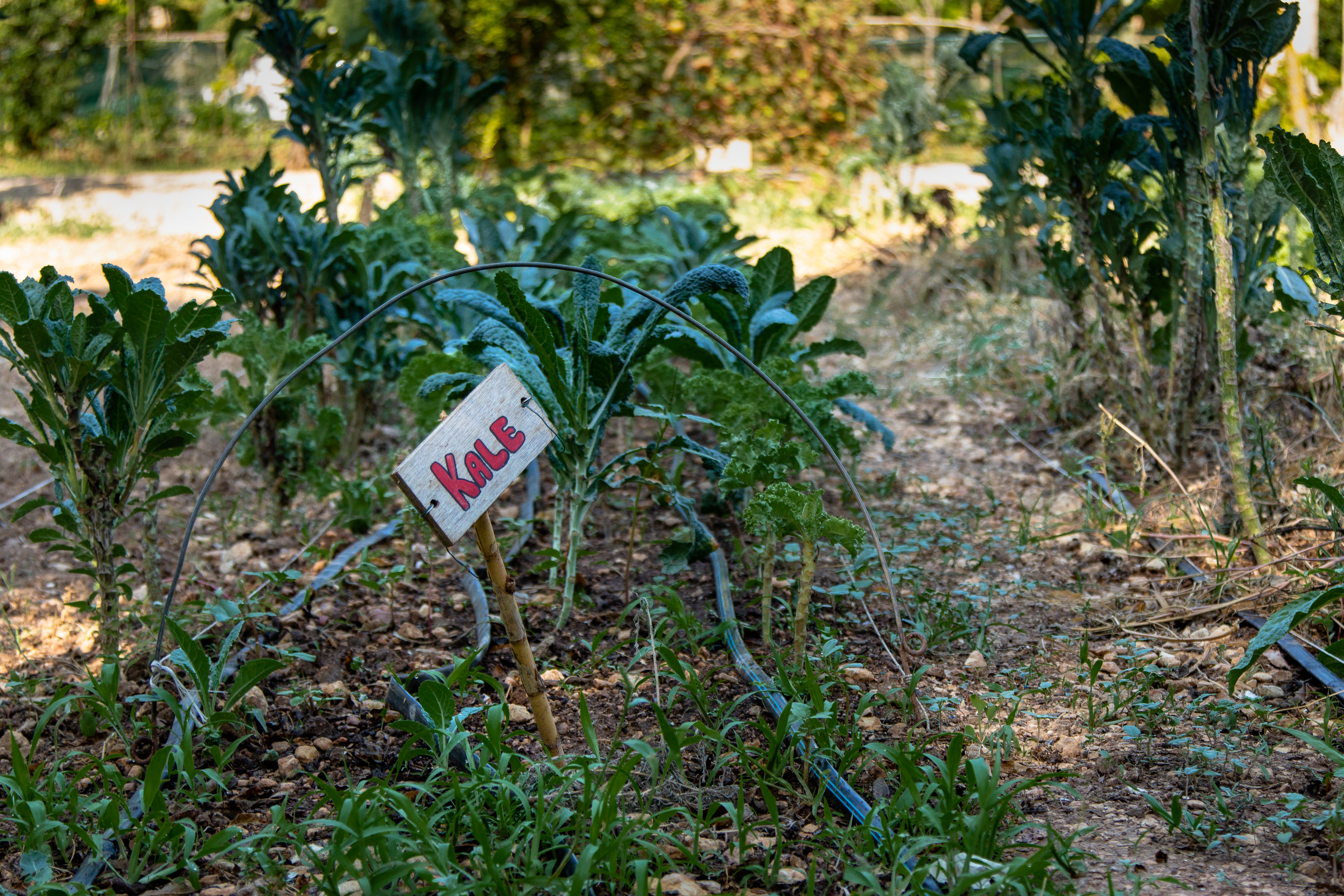 She remarks that through the urban farm at Villa Bologna, they have created ‘a micro-environment, a world of its own’ which respects the natural surroundings. This was unmistakably evident from the chorus of birds chirping and the buzzing from cicadas which drowned out the busy road outside, while we were talking. The space injects life into an urban area, whose green spaces are constantly under threat. I could not help but be reminded of a recent news headline announcing that ‘Eight football grounds of agricultural land to be lost to the Central Link road project’ in Attard. This, of course, would absolutely devastate the farmers in the area and cause irreparable damage to the local environment. Manuela herself acknowledged that saving arable land ‘is not currently a priority’ for our elected officials, but she urges the general public to ‘vote with their money’. To stop and think about what they are buying, where it is sourced and how it is being grown. Ultimately, she believes that the short-sighted measures being put into motion can be counter-balanced by taking the personal responsibility to support positive initiatives.

Although she recognises that ‘it is fact’ that farmers are a dying breed she has hope for the future. She envisages a Malta which has overcome the unsustainable methods of farming and the gobbling up of agricultural land for roads. The only way to do this, according to Manuela, is to ‘enjoy what Malta has to offer’ and divorce ourselves from the daily grind, even if for a few hours, to engage with our natural environment. Finally, she urges other young farmers to ‘never give up’ because ‘the future is bright’.

The Veg Box is open on Tuesdays & Fridays from 11 am to 4 pm and Saturdays between 9.30 am and 1.30 pm. They are reachable on info@thevegbox.com.mt if you would like to help with donations of tools, volunteer or visit outside opening hours. They also have an active Facebook page called ‘The Veg Box Malta’ and a mailing list where you can keep informed about upcoming events and weekly produce lists.

If you are really interested in popping by, why don’t you check out the activity that FoE Malta are organising at The Veg Box on the 15th of September 2018?

The article was written by Maria Eileen Fsadni based on an interview that she conducted with Emanuela de Giorgio. Photography thanks to Mikela Zerafa. 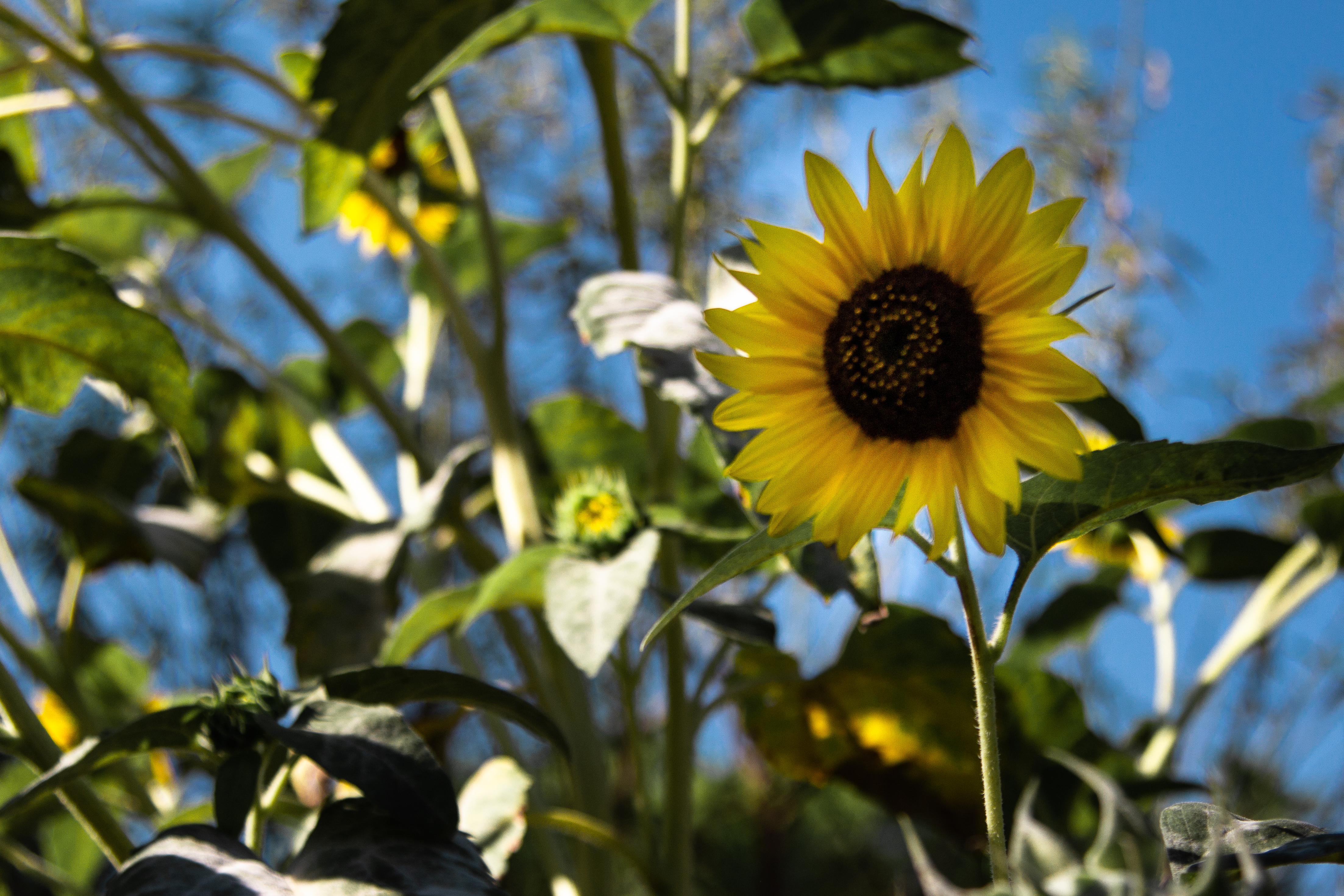 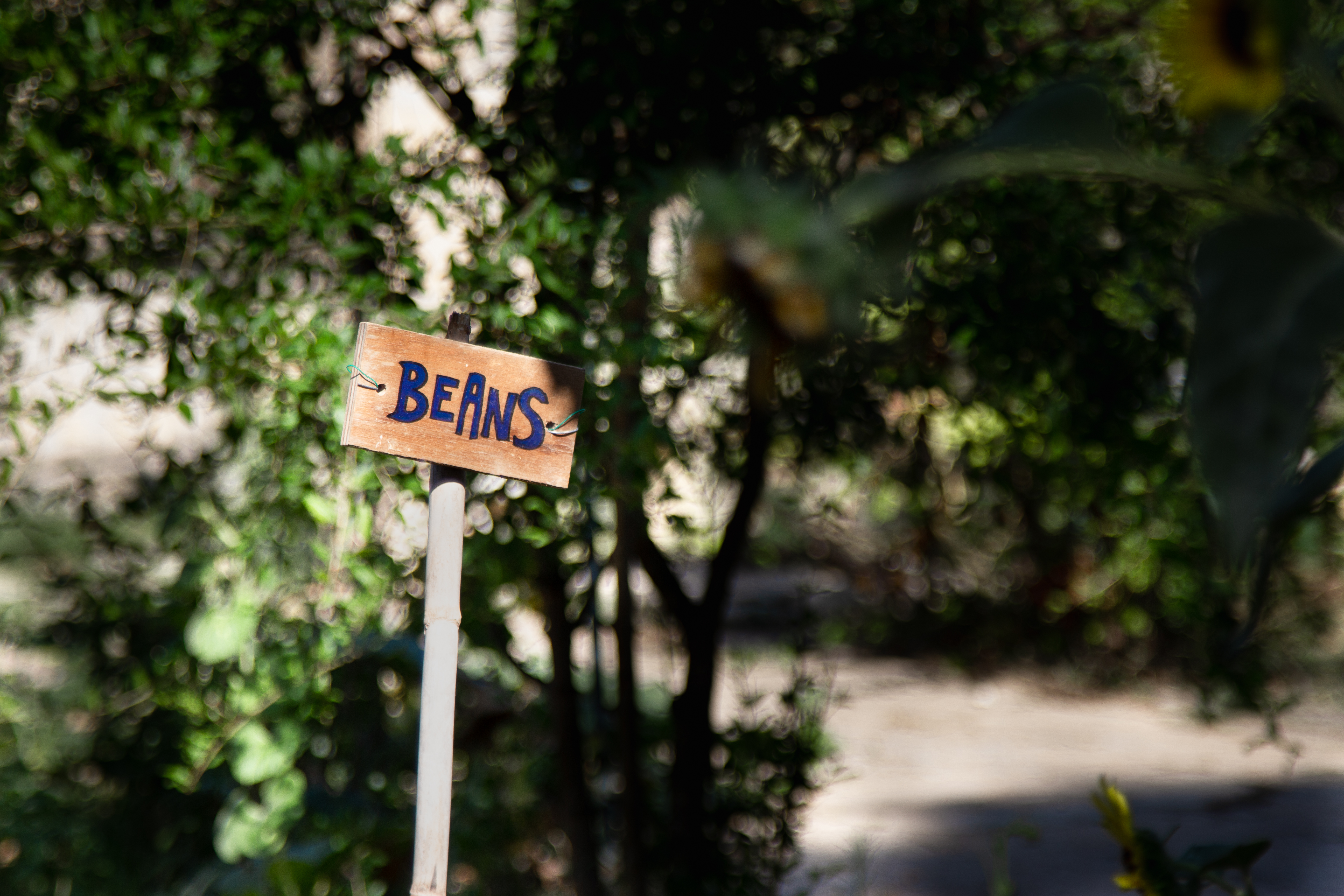