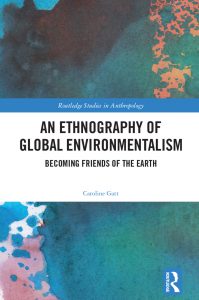 I remember meeting Julian Manduca on the rocks near the sea in Sliema in 1993. He had just come from a hunger strike where he and others from Friends of the Earth Malta (then Zghazagh ghall-Ambjent) had been protesting against the development of what is today Portomaso. They were campaigning against the long term destruction of the marine environments and the destruction of heritage this development was going to cause.

As a spotty teenager I remember being incredibly impressed, but my understanding of the campaign was not very lucid. What this encounter did for me though was to light a fire of curiosity. What could be so important that would make these people give up food? Give up freedom? (They had chained themselves to the gates to stop the work from starting) What made this group of people feel and understand so clearly that the future of this small part of the coast, like the rest of our environment, was woven into their very being? That whether now in the near future the destruction of a healthy environment was so obviously self destruction? These questions were not so clear to me when I first met Julian, but slowly over the years, they guided my work and my interests.

Fervour and attention to detail are qualities that I found across all the different contexts I did research and worked in. However, FoE International is a startlingly diverse federation, bringing together 76 member groups at the time of writing the book. One of the principles in the FoEI mission is to enable the cultural diversity of the groups in FoEI to be taken seriously in the international arena of environmentalist politics. This is no mean feat. What the book offers is an ethnography of the processes and practices of FoEI activists in their efforts to make the international federation, and keep it going. The book offers very down to earth descriptions of the daily lives of environmentalists in different parts of the world alongside anthropological analyses of FoE activists’ practices and stated beliefs.

Most of all I am grateful to all you fellow FoE activists, in Malta and beyond, who with your unrelenting activism work towards a liveable future for us all. I hope in some small way to contribute to this work through what I write about.

Caroline Gatt is a Teaching Fellow in the Department of Anthropology at the University of Aberdeen. Her research interests include environmentalism, post-relativist approaches to human diversity, research theatre and design anthropology.