March is a month of struggle and resistance for Friends of the Earth, marked by the third anniversary of Berta Cáceres’ murder on 2nd March and International Women’s Day of Struggle on 8th March.

Our societies have mostly been organized to maximize capitalist accumulation for the benefit and privilege of elites and corporations, through the commodification of Nature and our territories, the control over women and their bodies and the appropriation of women’s and workers’ labour force.

This historical and ongoing exploitation is possible through the reproduction of mutually reinforcing structures of oppression: patriarchy, capitalism, class oppression, racism, (neo)colonialism and heteronormativity.

Patriarchy is the system that benefits men as a social group through the oppressions and exploitation of women that is founded, to a large extent, on the sexual division of labour and nurtured by the biological determinism of socially constructed gender roles.

The sexual division of labour organizes women’s work in the private sphere (home) and also in agricultural and urban production and markets. Women workers are concentrated in areas of work that are an extension of care work (such as health and education) and that are low paid, precarious and informal, or for which they are paid less than men for the same work. 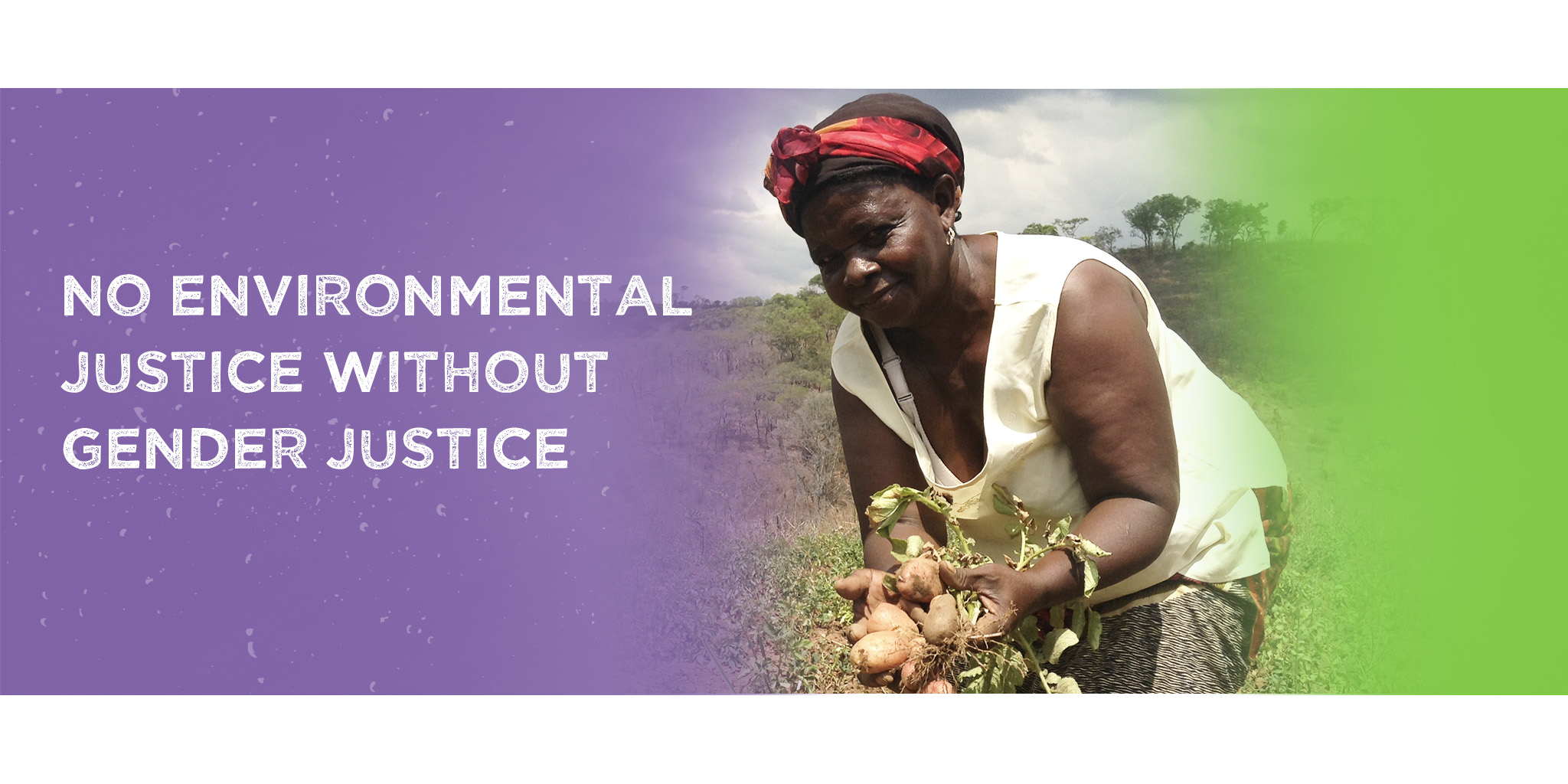 In the parallel exploitation of women’s work and Nature, both are seen as infinite and elastic resources – free, readily available, to be appropriated without resistance. At the same time, patriarchy relies on women’s time, energy and (re)productive capacities to ‘make up’ for the destruction and privatization of Nature.

This is especially true in times of crises and austerity, when women’s unpaid physical and emotional labour is essential for family and community, and when Nature and the commons are commodified, privatized and extracted on a scale that is catastrophic to the environment, natural cycles and ecological functions, and the communities whose livelihoods depend on it.

In the same way that transnational corporations, industrial agriculture and dirty energy systems control and exploit Nature and our territories, so women’s rights over their bodies, lives and work are controlled by regressive laws, traditional practices and societal institutions (including education, family, religion and the judiciary).

Due to their perceived “natural” role, women are disproportionately affected by social and environmental injustice and the multiple interconnected crisis, such as climate change and hunger. This is especially so for women of colour, peasant and indigenous women, migrants, working class and LBTQ women. Women are often working harder and longer hours to produce sufficient food and maintain livelihoods – and yet often don’t even have the right to own the land they work. Women’s wisdom and identities as food producers and practitioners of agroecology are attacked and denied by the capitalist system.

We believe that dismantling patriarchy internally and in the wider world is only possible if we build a shared understanding of its nature and how it operates with other structural oppressions to organize society. Feminist and gender justice capacity building and political formation at all levels of the federation are key to this. 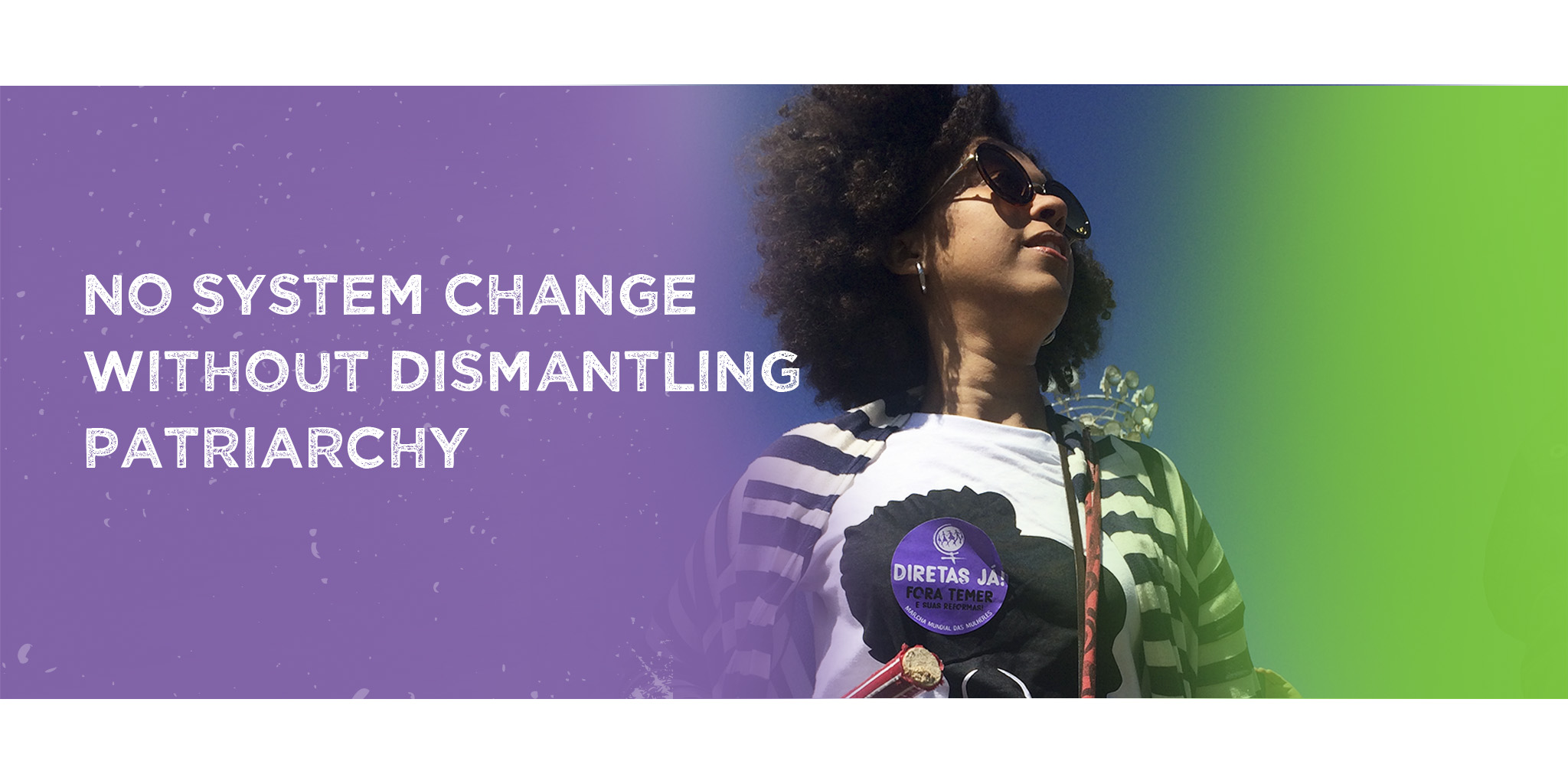